Despite relentless poor-mouthing by individual school districts in news articles, letters to residents and testimony before legislative committees, per-pupil public school spending set a new record in 2010. schools spent an average of $11,661 per pupil on day-to-day operating expenditures, a 1.5 percent increase from 2009.

Total public school revenue in was $19.4 billion dollars last year. This is actually down by about $180 million, but since the number of students also declined, the amount spent per pupil still increased. Federal money was largely responsible for the increase — in per-pupil terms it increased by 16 percent over 2009. Both local and state per-pupil revenues decreased by 0.5 percent and 2.2 percent, respectively.

Below are tables of both the 10 highest- and lowest-spending districts in per-pupil terms (not including charter public schools or districts with fewer than 500 pupils): 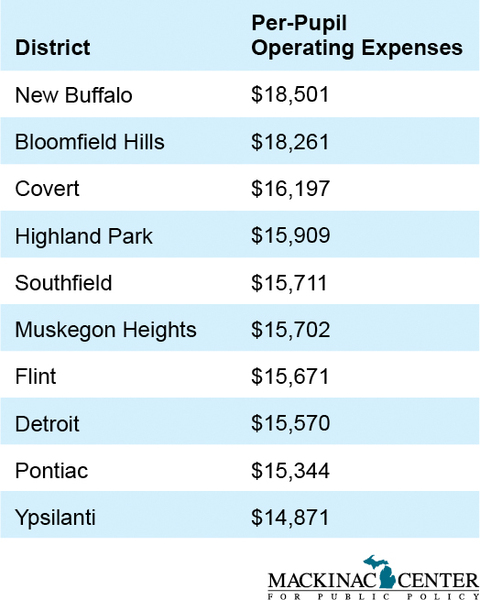 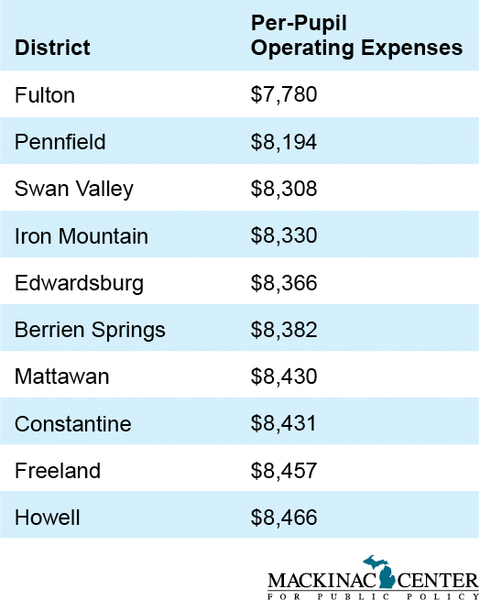 Interestingly, the lowest-spending charter school was Virtual Learning Academy of St. Clair County. This alternative online education program spent only $4,723 per pupil. The innovative academy was featured in a study just published by the , “Virtual Learning in Michigan’s Schools.”

These figures are reported by the Michigan Department of Education as part of the annual National Public Education Finance Survey.

The has organized the information into an online database that can be used to compare individual districts. The database provides information dating back to 2004.