Michigan economic development refundable tax credit (subsidy) “winner” GlobalWatt, Inc. faces a January 9 eviction from its Saginaw facility for failure to pay rent. In 2009, the solar module manufacturing firm was awarded $42 million in state and local government financial favors, thanks in part to applications that contained misrepresentations, as reported by the Mackinac Center in September 2010.

In its bid to gain government subsidies in Michigan, GlobalWatt misrepresented up-front incentives allegedly available to it from the state of Texas, suggesting that if Michigan didn’t produce some corporate welfare benefits the firm would instead locate there. But Texas officials told the Mackinac Center and other news outlets that no up-front cash was offered.

Although the city of Corpus Christi, Texas had earlier offered $2.8 million in incentives, these had expired six weeks before GlobalWatt signed a Michigan-subsidy agreement. The reported reason was the company’s failure to meet certain performance benchmarks.

Both the firm and government economic development officials promised to create 500 direct jobs in Michigan. In her 2010 State of the State address, former Gov. Jennifer Granholm boasted, “. . . GlobalWatt literally left Silicon Valley in California to set up shop in an abandoned auto plant in Saginaw Valley.” For the full speech, watch here: “GlobalWatt’s the Deal.”

In response to the Mackinac Center’s Sept. 29, 2010 expose, GlobalWatt said, “Our company is on track with its growth plans. We remain focused on building our business and leading the revitalization of the Saginaw . . .” Yet photos taken six days afterwards (see below) showed a nearly empty GlobalWatt manufacturing facility — where 60 new jobs were supposed to be by the end of 2010, according to one of the MEGA (Michigan Economic Growth Authority) agreements. 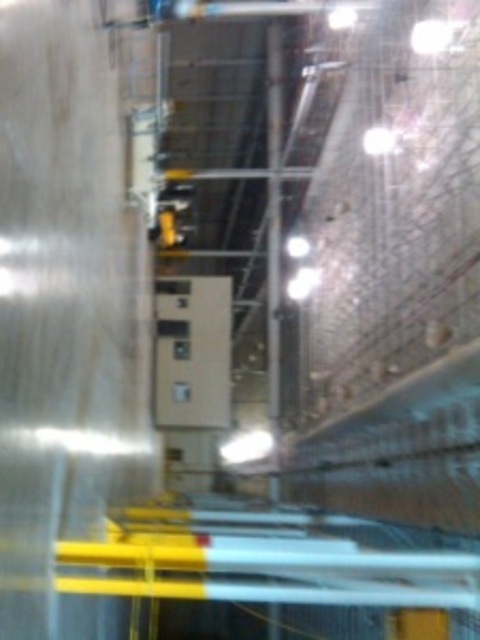 In June 2011 — just six months ago — the firm issued another press release stating, “We remain on schedule to build a new Michigan Solar Valley here and lead the revitalization of the Saginaw area by manufacturing and delivering state-of-the-art renewable energy products and applications.”

By the end of 2010, the firm appeared to have only a handful of staffers occupying a mostly empty building. Today, more than two years after signing Michigan-subsidy agreements, it is apparent that the proffered subsidies were not effective at creating new jobs for the state. The good news for Michigan taxpayers is that, due to its failure to meet certain MEGA milestones, GlobalWatt does not appear to have collected on any of the incentives promised

In 2011, Gov. Rick Snyder and the Legislature ended the selective tax break and subsidy program that permitted agreements with GlobalWatt. However, they have replaced it with a smaller program that will instead hand out direct cash subsidies to “winner” firms. As such, GlobalWatt probably won’t be the last “loser” picked for corporate subsidy by the Legislature.