The state’s teacher retirement system continues to increase burdens on taxpayers and local school districts. The costs exploded in the recent years, and without substantial reform there is no reason to expect that trend to change.

The explanation isn’t hard to find: Since 1988, the system has been close to “fully-funded” in just three years, all in the high-growth 1990s. Its unfunded liabilities are now $17.6 billion. To put this into perspective, it would take roughly all of the state’s annual tax revenue to fully fund the system.

School districts are required to contribute an amount to the retirement system based on their payroll expenses. The money is used to prefund benefits earned by employees during the year, pay the health care bills of current retirees’, and to “catch up” at least a little on the system’s unfunded liabilities.

The upward trend of these payments is striking: In 1984, they cost just 3.22 percent of school payroll expenses. Today they swallow nearly 25 percent of payroll. 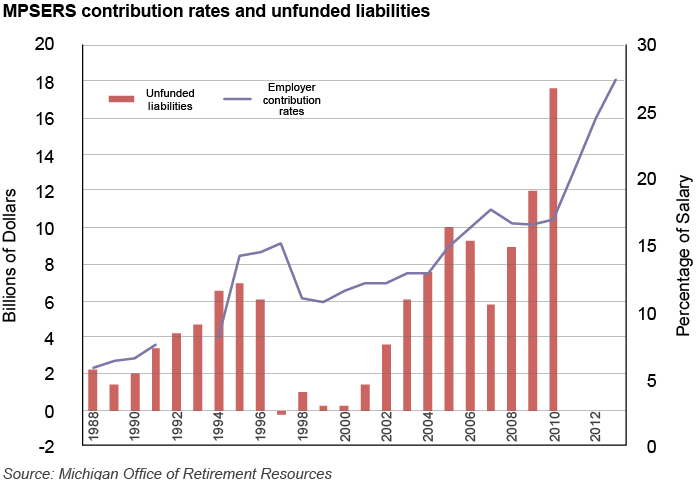 This problem can be contained. Adopting the reforms made to the state pension plan is necessary to ensure that the state fix this problem over the long-term. Both taxpayers and public schools would appreciate this.