The bill passed 76 to 31, and in addition to the Republicans who voted to expand a key component of Obamacare, all Democrats also voted "yes." All but one of the "no" votes was cast by Republicans.

Medicaid expansion is this year's No 1 issue facing states regarding the Patient Protection and Affordable Care Act, known as Obamacare. Getting states to expand Medicaid is important for the implementation of the law.

Gov. Rick Snyder wants the expansion. From the beginning of the debate over Medicaid expansion in Michigan, it was clear that the House could pass the measure if Speaker Bolger was willing to let the Democrats supply most of the "yes" votes.

That is precisely what he did last week.

Initially, House Republicans offered a version of House Bill 4714 that would arguably have put the onus on the Obama administration to agree to key reforms, such as health savings accounts and a 48-month cap on coverage for healthy adults without children.

That original version of the bill did not have support from Democrats. Many House Republicans also refused to support it; preferring to avoid anything connected to Obamacare.

However, early last week House Bill 4714 was changed in committee to a version the Democrats could support.

"Proof that reforms and a non-credible opt-out provision are merely cover stories for capitulation to a politically powerful special interest is seen in the removal of a provision requiring Washington to approve the reforms before the expansion could proceed," said Jack McHugh, senior legislative analyst for the Mackinac Center for Public Policy, who also explained that the Obama administration is extremely unlikely to grant that approval. "The fact that all but one Democrat voted for the amended bill clinches that conclusion — the reforms and opt-out are pure eyewash and spin."

Ari Adler, spokesman for Speaker Bolger, defended the decision to put the revised bill up for a vote.

"Our reform bill specifically calls for a halt to any expansion if the federal government does not wish to partner with us via waivers to improve the Medicaid system," Adler said. "If the waivers are not approved, we will revert to the status quo, which also means that, unfortunately, Michigan will not have the benefit of the many reforms that were included.

“As for the number of caucus members voting for it, we had enough support in our caucus that the Speaker felt comfortable moving forward," Adler said.

Adler wouldn't classify the vote as a victory for the Obama administration.

"The passage of our Medicaid reform bill that forces the Obama administration to play under our terms if they're playing on our turf was a victory for the overall health of Michigan residents and for the fiscal health of Michigan's taxpayers," Adler said.

Speaker Bolger is in his second term as House Speaker and his third, and final term as a House member. He represents the 63rd House District, which includes parts of Calhoun County and Kalamazoo County. The district has a 56.4 percent Republican base. 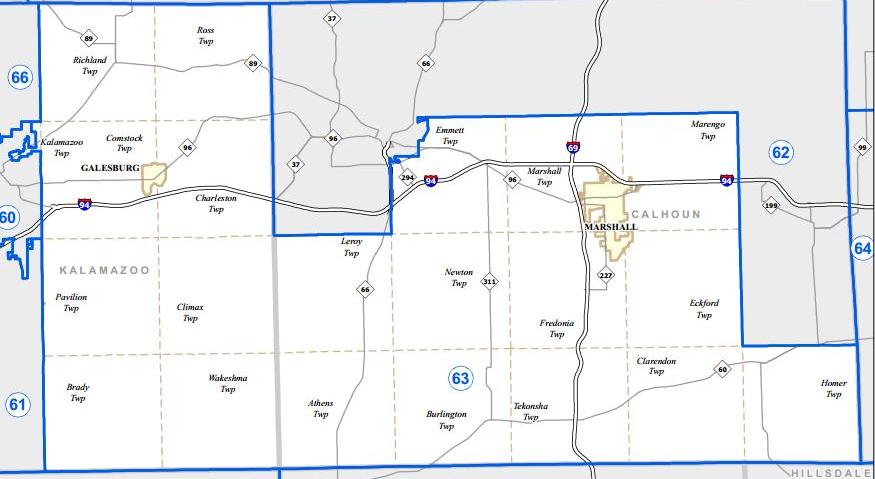 "The bill says if the federal government does not do the reforms in Michigan, we will not participate," Rep. Pscholka said. "We want to implement the reforms first and it puts the burden on the feds. We also put better reporting systems in place to make sure the goals of the reforms are actually being met. These are the most sweeping reforms to Medicaid in 20 years.

"This is a victory for the taxpayers of Michigan," Pscholka said. "It prevents us from being a donor state to the feds with no reforms and no reporting. This puts the heat on the federal government to approve reforms in Michigan. Our taxpayers will be sending $1 billion for the ACA (Obamacare) this year, and the reform package we approved protects those dollars and will have a positive impact on long term health care costs and premiums."

Rep. Pscholka represents the 79th House District, which is located in a portion of Berrien County (the Benton Harbor–St. Joseph area of the state). His district has a 54.6 percent Republican base. Rep. Pscholka is serving his second House term. 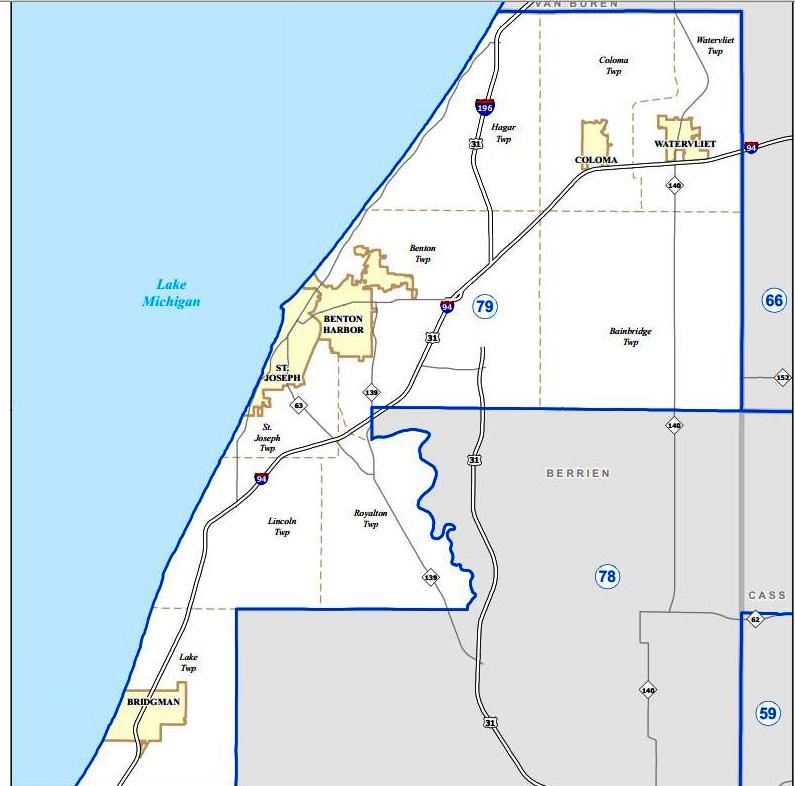 Rep. Stamas represents the 98th House District. Located in portions of Midland and Bay counties, the 98th district has a 56.8 percent Republican base.

Rep. Stamas is in his third and final term as a House member. He is serving his second term as House Majority Floor Leader. Rep. Stamas did not respond to an email or follow-up phone call for comment about his "yes" vote. 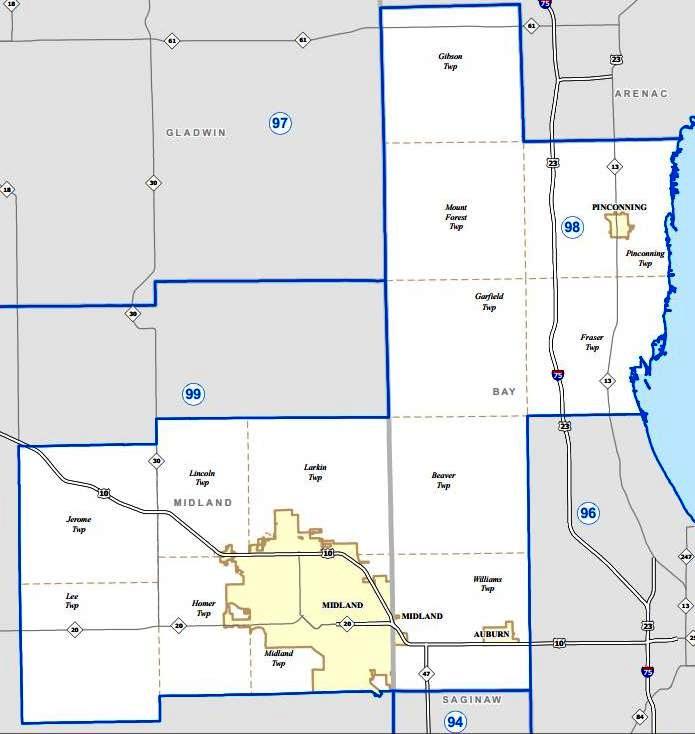 House Speaker Pro Tem, John Walsh, R. Livonia, represents the 19th House District, which includes the Canton, Northville and Plymouth portions of Wayne County. It has a 55.8 percent Republican base.

Rep. Walsh is in his second term as House Speaker Pro Tem and in his third and final term as a House member. Walsh did not respond to a requests for comment. 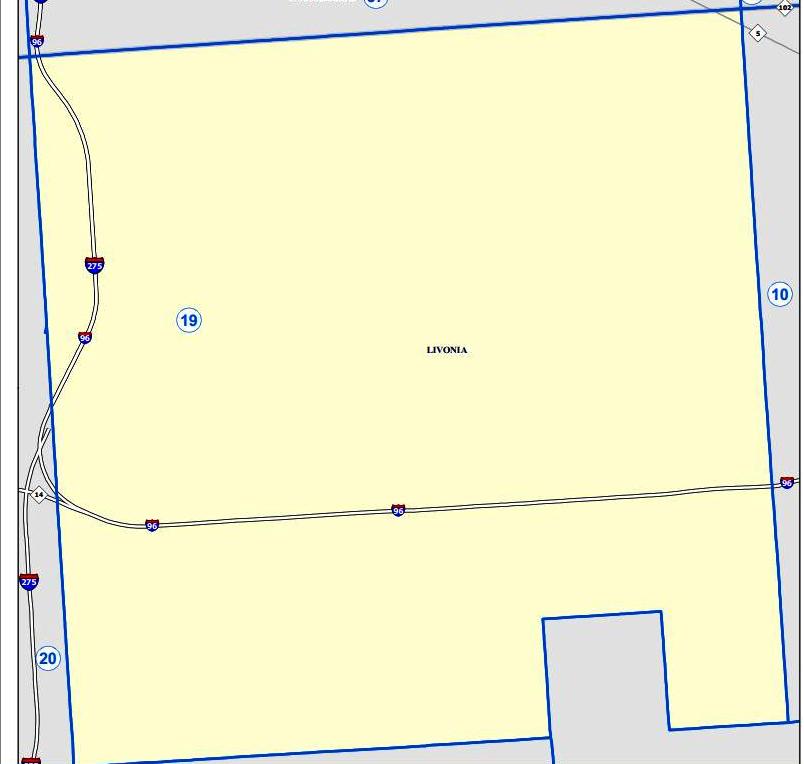 Rep. Haveman represents the 90th House District, which is located in a portion of Ottawa County. It has a 72.7 percent Republican base.

Rep. Haveman is serving his first term as chair of the House Appropriations Committee and his third, and final term as a House member. He did not respond to a requests for comment as to why he voted "yes" to expand Medicaid.

Rep. Lori represents the 59th House District, which is located in portions of Cass and St. Joseph counties. He is in his third, and final term as a member of the House. Rep. Lori did not respond to a requests for comment.