My colleagues and I produced a few charts showing the trends. The information is from the U.S. Labor Department’s Bureau of Labor Statistics and from the U.S. Census Bureau.

In terms of employment growth, from January 1990 to April 2014, right-to-work states averaged growth at twice the rate of their counterparts and made up 18 of the top 25 states. States that were non-right-to-work during the bulk of the period made up all 10 of the states with the least amount of job growth.

For median household income growth, from 1990 to 2012, right-to-work states made up 13 of the top 20 states while forced unionism states made up 10 of the 15 states whose residents declined in real income over the period. 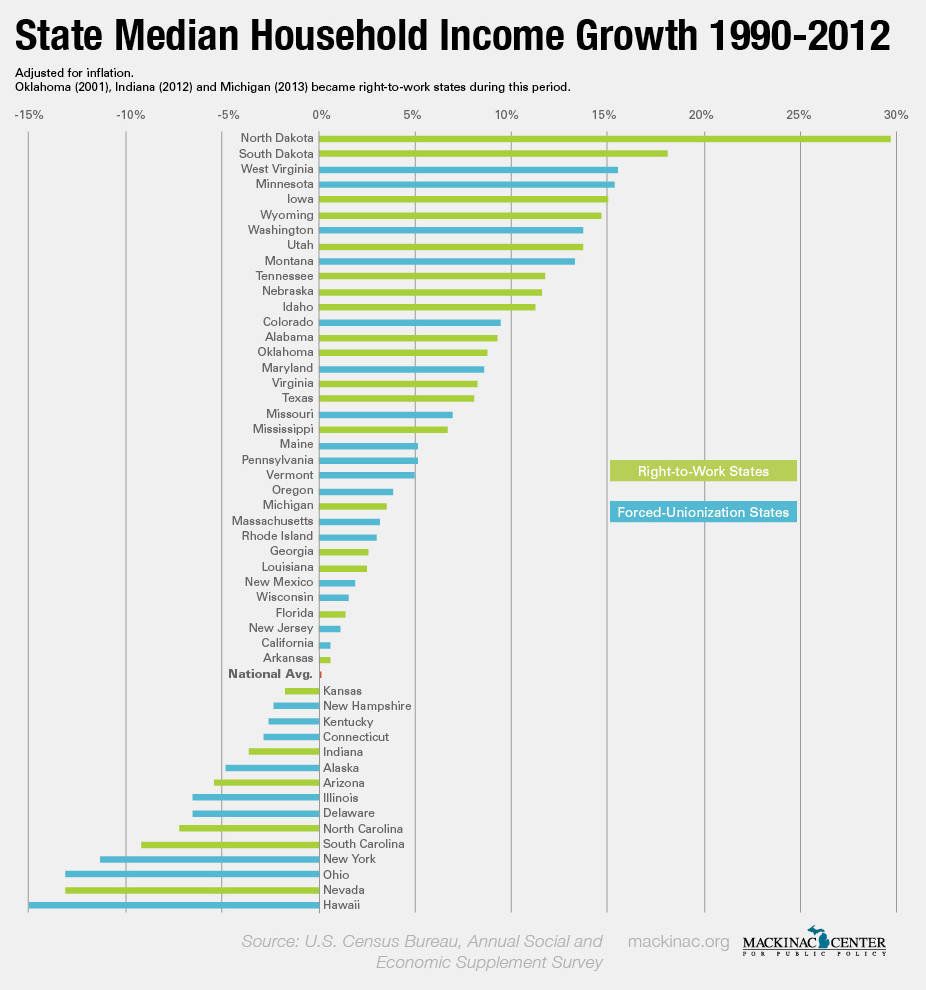 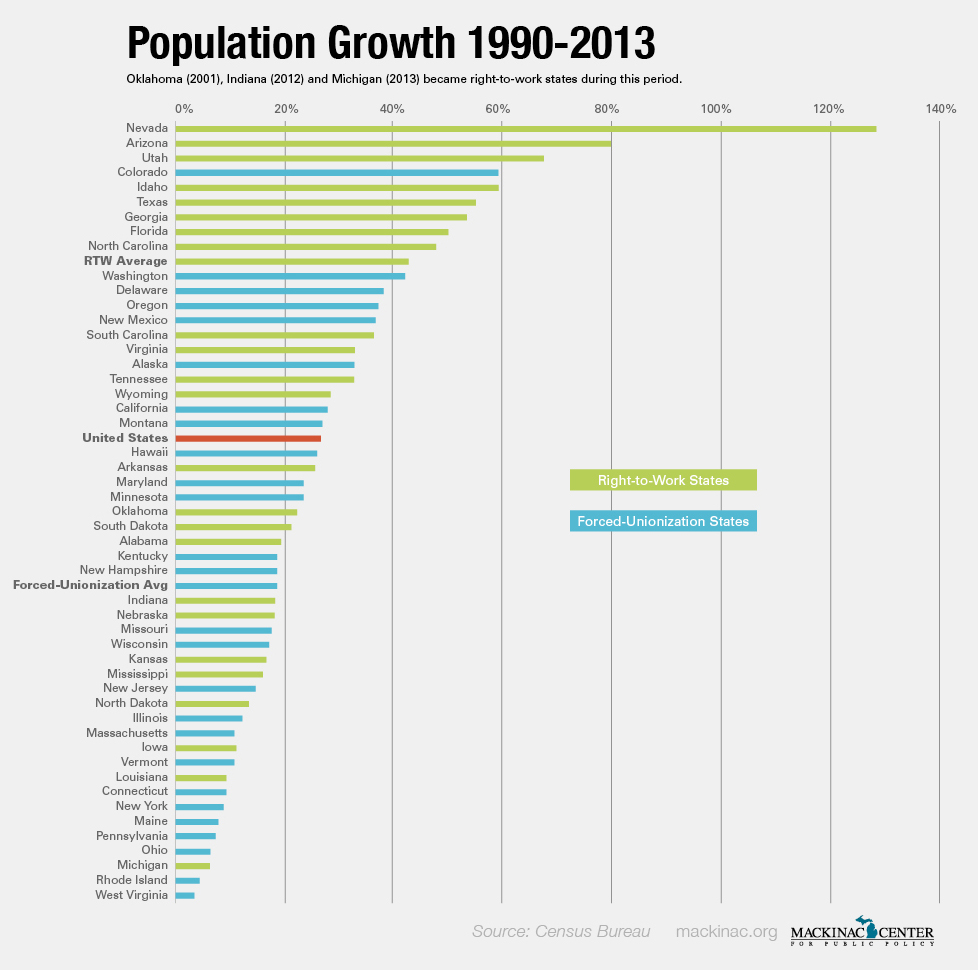 While natural resources have been a key to growth in some states — particularly North Dakota — this does not explain the results. According to the U.S. Energy Information Administration, of the top 10 oil and gas producing states, five were right-to-work, four were not, and one shifted about halfway through the period measured.

Correlation is not necessarily causation and there are many factors that go into making states perform well economically. But at the very least, the strident economic fears about becoming a right-to-work state — which is most important because it gives choice to individual workers — should be put to rest.