Opponents of right-to-work insist the policy causes wages to plunge, but federal data suggest the opposite is true.

Including Michigan, there are 25 states with right-to-work laws ensuring no worker can be required to pay a union as a condition of employment. In many right-to-work states, wages and incomes are growing faster than in forced unionization states. 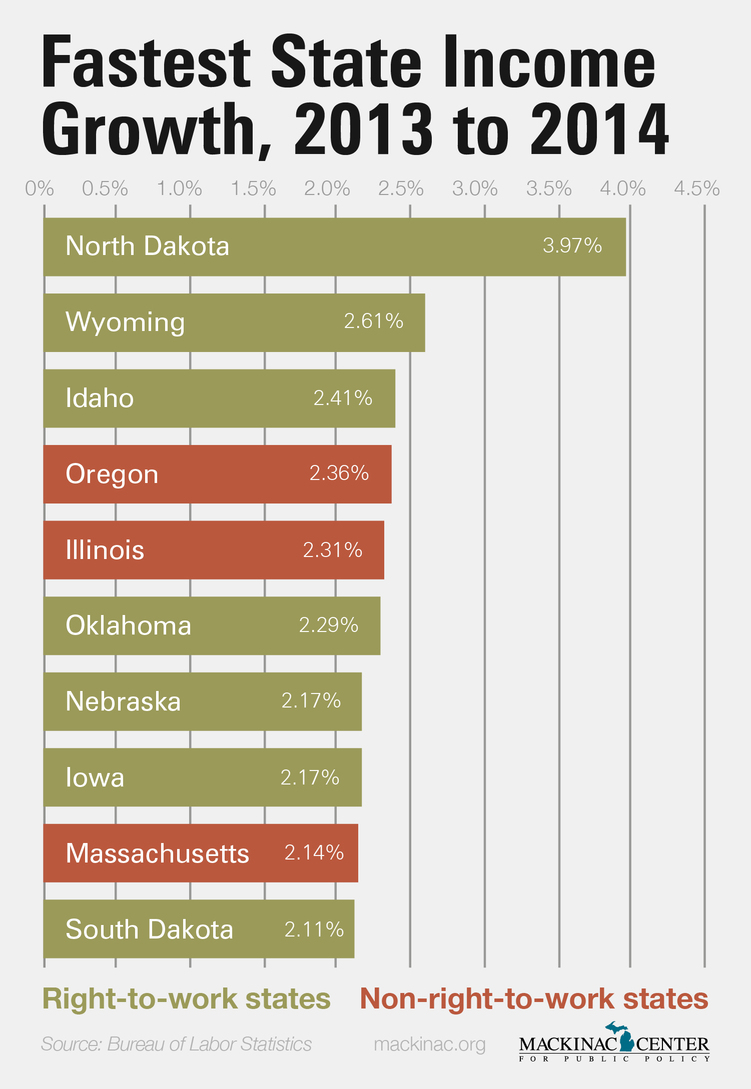 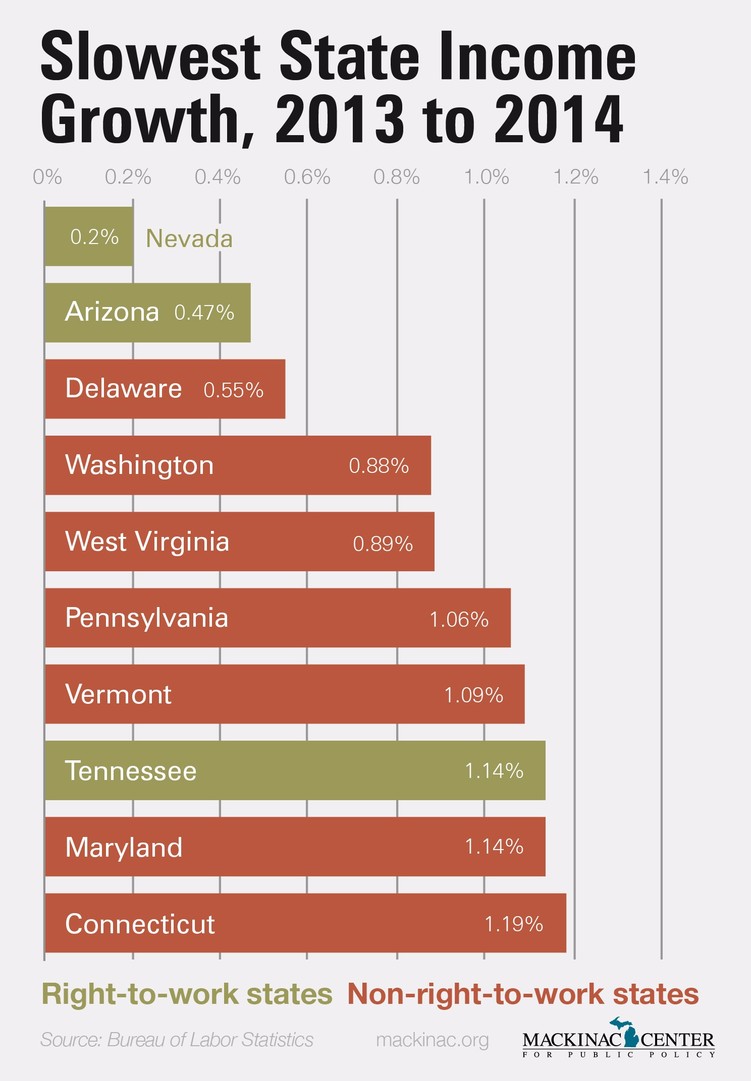 Using BEA’s latest available Regional Price Parities calculations, the states with the lowest cost of living adjusted wages in 2013 were Hawaii and Montana. Hawaii and Montana are both forced unionization states.

Like wages, per capita disposable personal incomes — which are calculated by the BEA with adjustments for each state’s tax burden — often grow faster in right-to-work states than in forced unionization states.

An analysis of household income growth for the past 25 years shows that right-to-work states average significantly faster growth.