The largest proposed change in Gov. Rick Snyder’s executive budget is to use money freed up by a tax hike for roads to pay for the state’s Medicaid expansion.

Normally, roads are paid by vehicle registration and fuel taxes. While waiting to agree on a long-term funding plan for the roads, policymakers devoted more of the state’s general tax revenues to road repair. They found $400 million for the current year’s spending.

Then they passed some tax hikes specifically to fund roads. Higher registration fees and fuel taxes will collect an estimated $533.3 million for the upcoming fiscal year and even more afterwards. This increase frees the $400 million general fund money to be spent elsewhere, or it could be returned to taxpayers.

Some argued that the $400 million was only “one-time” money. Yet this is a questionable statement, considering the state’s revenue trends. A growing tax base generates more tax revenue for the upcoming fiscal year. Calling it “one-time” does not make it so, especially when the revenue is replenished.

Though it was once dedicated to roads, the $400 million in cash now has a new home in the executive budget: the state’s Medicaid program.

The state is required to pick up some of the costs of its decision to let more people sign up for Medicaid, part of a deal made under Obamacare. The state needs to cover 5 percent of the new costs in the upcoming fiscal year — a $108.7 million expense. Because of this increase and the expansion of other services, the state’s Department of Health and Human Services will require another $207.1 million in taxpayer dollars, the largest increase in spending from the general fund in the executive budget.

Other departments are set to get more general taxpayer dollars under the governor’s plan too — K-12 schools and state prisons, police and universities. Growth in the state’s revenues mean that one department’s gain is not another’s loss. 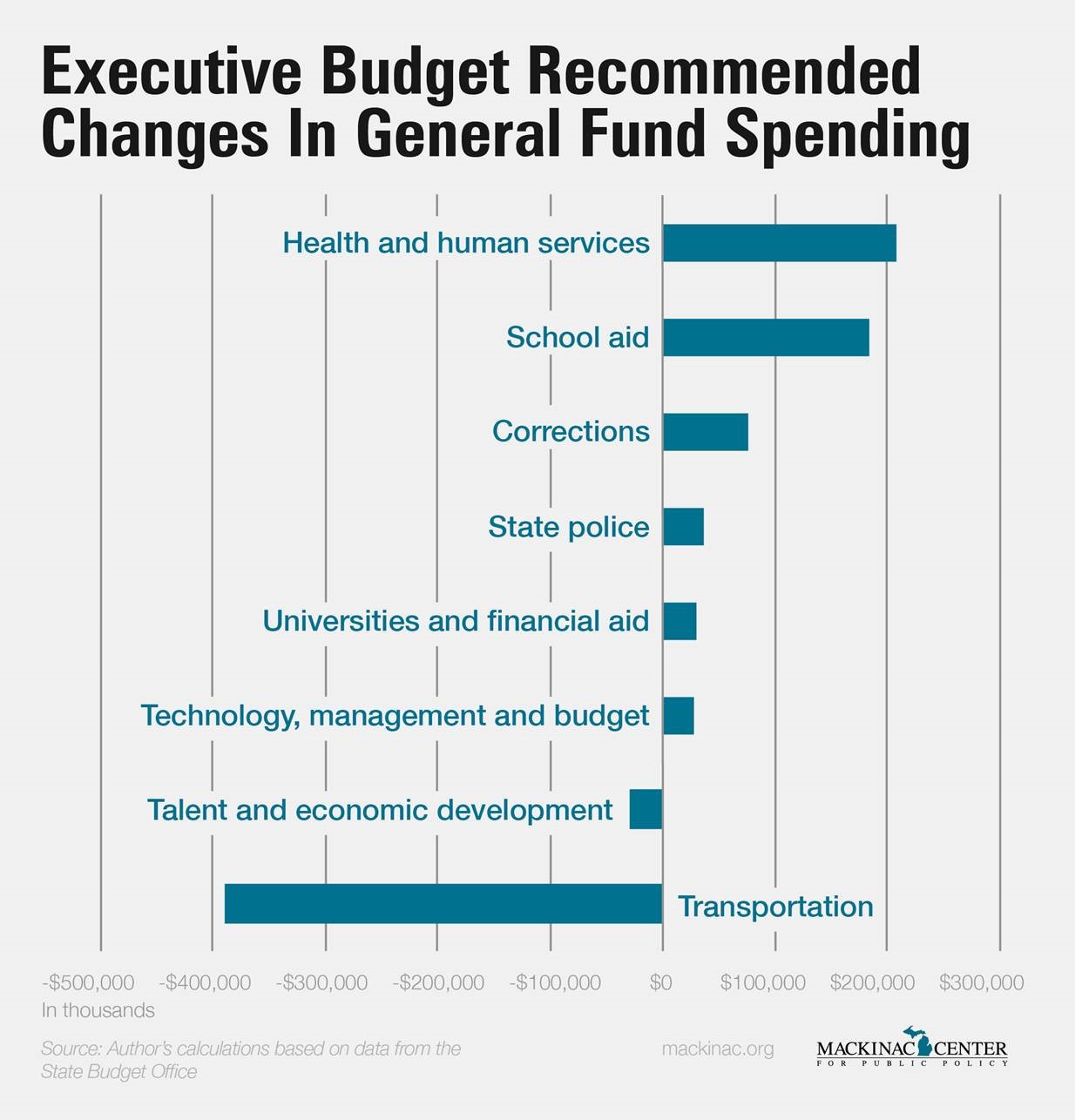 Assuming that policymakers have any degree of discretion on how they divide up the money they spend — that is, state money is at least partially fungible — the result of last year’s tax hikes for roads is not just increased spending on roads. Rather, these revenues will simply free up funds for increased spending elsewhere, such as paying for the costs of implementing Obamacare.