This chart includes local, state and federal dollars Detroit Public Schools received in its general fund since 2006-07, the last year DPS didn't spend more than it took in.

(Note that the funding spike between 2010 and 2012 was due to a one-time funding boost from the American Recovery and Reinvestment Act of 2009, President Obama’s “stimulus” bill.) 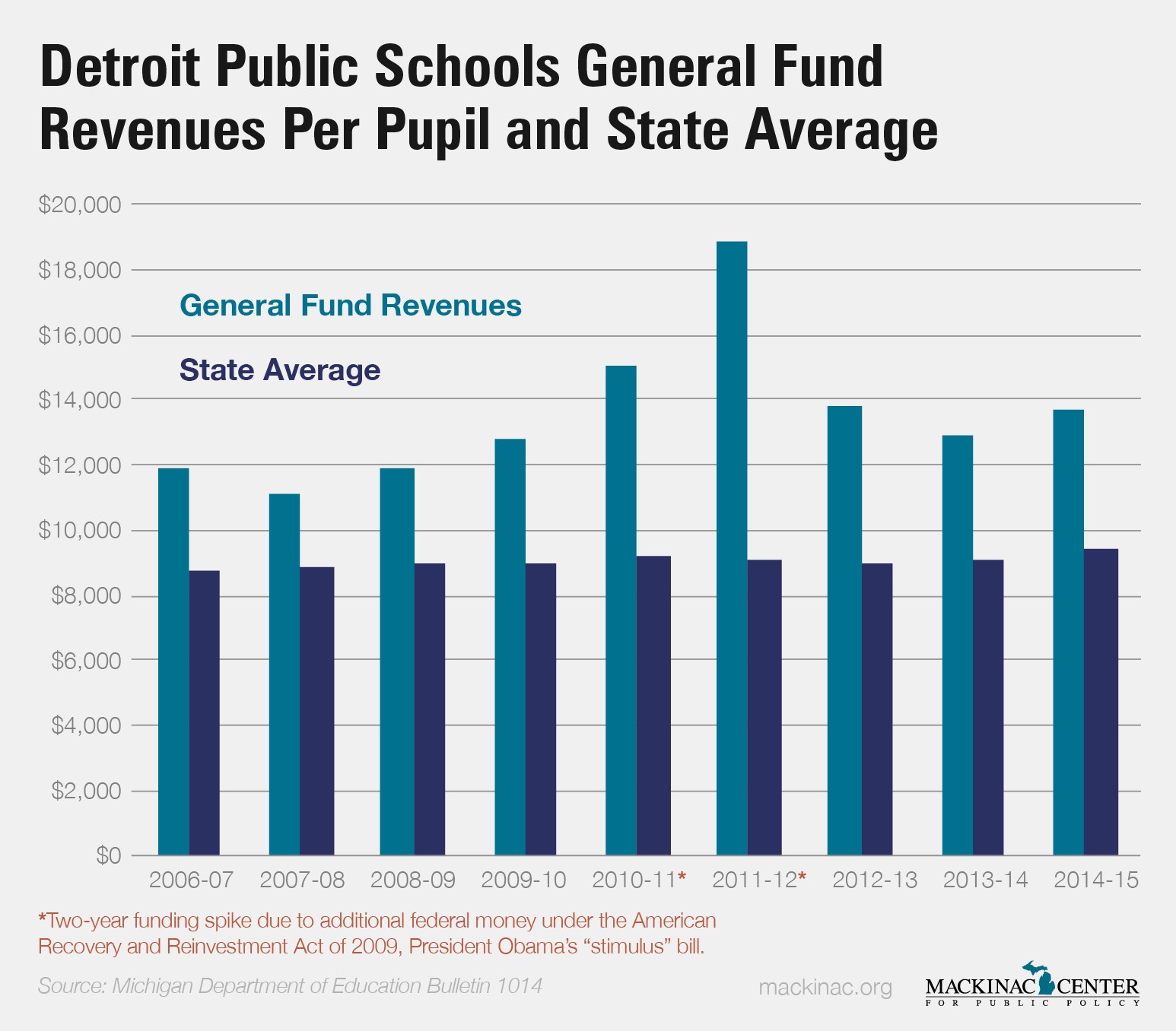