The average high school graduation rate across the U.S. has reached an all-time high, according to the U.S. Department of Education. Michigan, for its part, reached a 10-year high in its rate.

President Barack Obama said this week that the nationwide high school graduation rate was 83 percent in 2014-15, a record high.

“This is good news, but we know we have more work to do to continue to improve graduation rates along with math and reading scores,” said Bill DiSessa, a spokesman for the Michigan Department of Education. 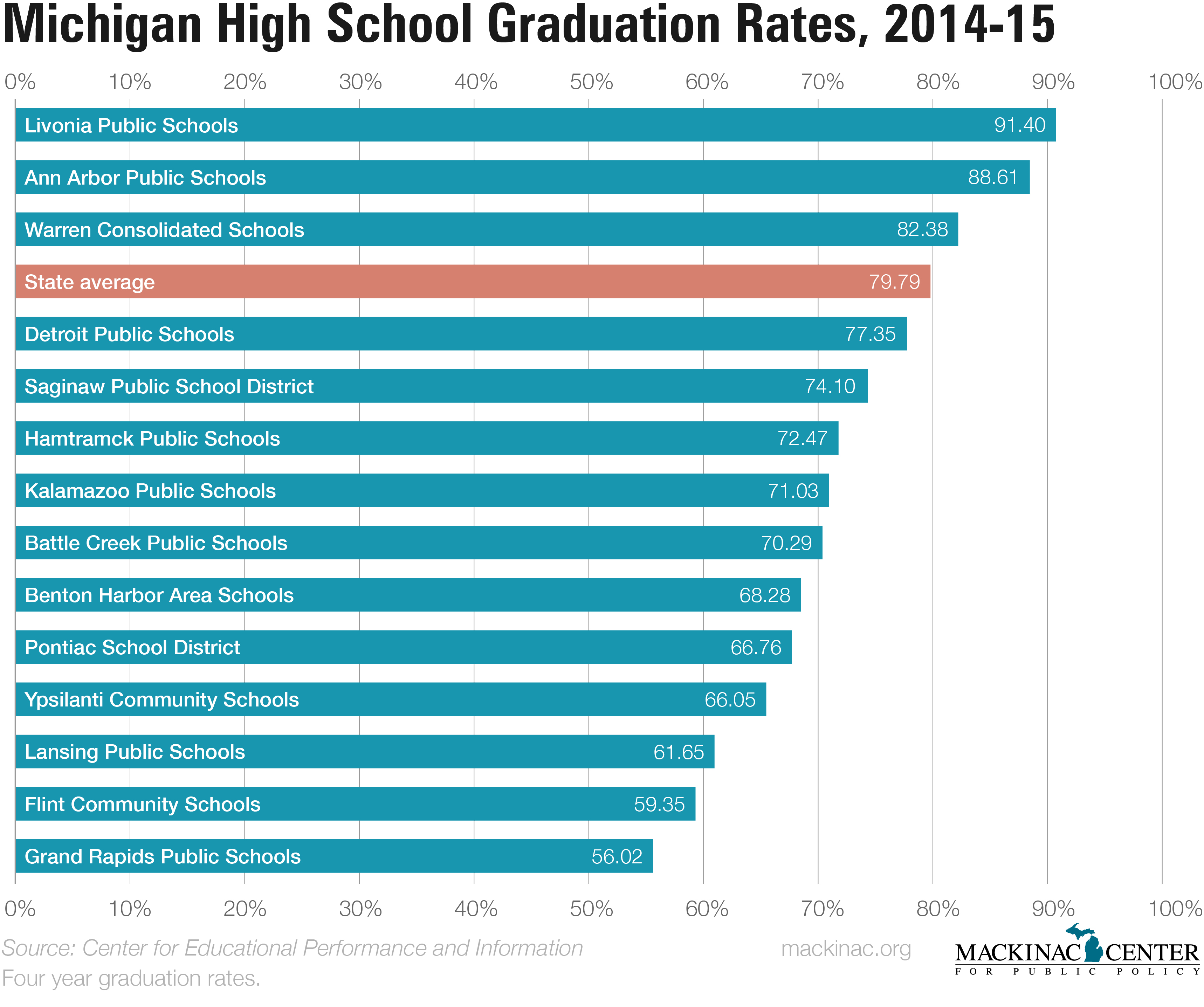 The Detroit school district also appears to be making substantial progress on this front. In 2010-11, the district reported a 59.7 percent graduation rate. By 2014-15, the figure was up 77.4 percent.

One education analyst said that graduating was just part of the picture.

“We are graduating kids who are illiterate and who can’t read their diploma,” said Gary Naeyaert, executive director of the Great Lakes Education Project. “The graduation rate alone is not as important as if we are adequately preparing students for college or careers.”