Public school districts would be forced to allow school privatization to be an issue at the bargaining table under a bill approved by the Michigan House of Representatives. House Bill 4533 would repeal a 1994 law that has allowed Michigan public school boards the unilateral authority to decide when and why they need to seek private-sector contracts for noninstructional services, such as janitorial work, student meals and busing. House Bill 4533 would apply to instances when a union seeks a contract that would ban a district from competitively bidding out these services to private-sector providers.

This vote marks the second time in 2007 that the Michigan House of Representatives went on record discouraging this sort of privatization. On May 22, 2007, an amendment to House Bill 4592 would have required districts to draft a competitive bidding plan for noninstructional services. The rejected amendment was the subject of a story in the September/October 2007 edition of Michigan Capitol Confidential: "Competitive Bidding Crashes in State House."

In its 2007 annual survey of outsourcing at public schools, the Mackinac Center reported that 222 of Michigan’s 552 conventional public school districts, or 40.2 percent, were privatizing at least one noninstructional service during the 2006-2007 school year, and that 77.9 percent of them reported saving money over their previous "in house" means of providing the service.

Analyzing the privatizations that have already taken place, Dr. Ryan S. Olson, director of education policy for the Mackinac Center, estimates that Michigan’s public school districts could save $200 million more — and maybe as much as $500 million more — if they all tried competitive contracting. While only 80 districts contract out for janitorial service, 85 percent report saving money, often more than $100 per pupil. As an example, Coldwater Community Schools was a new convert to janitorial privatization in 2006 and estimated it will save a total of $1.1 million over three years. Per pupil, this works out to $104 annually, and the savings will be dedicated toward updating classroom technology. 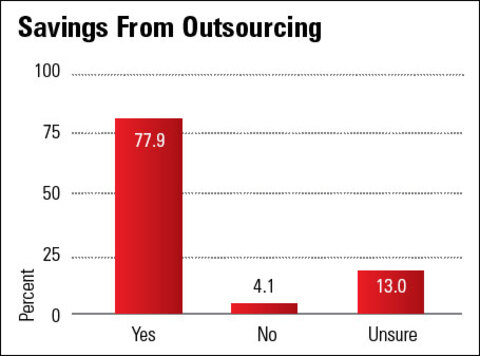 Public school employee unions representing janitors, bus drivers and food service workers are often the biggest opponents of privatizing these services. Not coincidentally, House Bill 4533 is supported by the Michigan Education Association, the Service Employees International Union, the American Federation of State, County and Municipal Employees, and various others. Additionally, the Michigan Department of Education and the Michigan Department of Labor and Economic Growth are also listed as supporting the legislation.

House Bill 4533 was approved by the Michigan House of Representatives on July 25, 2007, when three Republicans joined 57 Democrats in support of the bill and 46 Republicans opposed it.

The MichiganVotes.org tally for the bill that would allow public school employee unions to bargain for a privatization ban is provided below.

FOR FURTHER READING:
The Mackinac Center’s senior legal analyst, Patrick J. Wright, reviews the status of the 1994 law at www.mackinac.org/8763.

Dr. Olson’s savings estimate may be found at www.mackinac.org/9012.

The 2007 survey of school district’s competitive contracting is available at www.mackinac.org/8881.

The September/October 2007 issue of Michigan Capitol Confidential is at www.mackinac.org/9023.