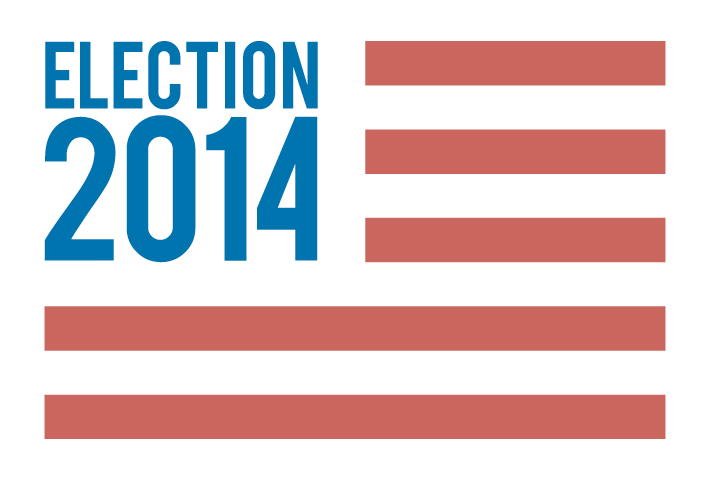 Michigan Capitol Confidential is reporting and writing about key primary races leading up to the election on Aug. 5. The series of stories are designed to provide readers with some insight into candidates who have said they support free market issues. The stories are not endorsements and readers are encouraged to give every candidate a serious look before the election.

Here are the races covered so far (this page will be updated through the election):

“This race is basically about keeping Michigan on the right track,” Sen. Mike Kowall said. “Under the leadership of Gov. Rick Snyder and Brooks Paterson, we’ve turned things around. I see it here in Oakland County where our unemployment numbers are down to pre-recession levels. But it is extremely important that we keep going forward, not backward.”

“My position is that we need to keep steady, stay on track improving Michigan and get the roads fixed,” said Rep. Bradford Jacobsen.

“I’d say this race is about electing representatives who have deeply held core values — the kind of values we need to guide us and for which Republicans should stand up,” John Reilly said.

“[This campaign] is about generational changing issues my opponent has supported and voted for, like Medicaid expansion, Common Core, the minimum wage increase, the Detroit bailout and the Internet tax,” said Matthew Wiedenhoeft.

Rep. Amanda Price: “The proof of the progress Michigan has made under the leadership of this Legislature and Governor Snyder is all around us: Unemployment is lower than it has been since 2009; the $1.5 billion dollar deficit is erased; the state budget has been balanced and passed into law early four years straight; we have eliminated burdensome regulations and erased billions of long term debt. With the assistance of a grassroots initiative, Michigan now guarantees that no taxpayer money will be used to fund an abortion. And Michigan became the 24th right-to-work state in the face of tremendous opposition from well-funded and entrenched special interest groups.”

Lana Theis: “I don't think government should be in the business of picking winners and losers; the free market (or ‘invisible hand’) is a much better determination of success potential.”

Nick Fiani: “I think it is absolutely necessary that we start shifting new teachers to a 401(k)-type system and phase out the current teacher pension system. In my opinion, the current system is not sustainable nor economically viable."

Rich Perlberg: “It is a foolish policy to promote movies in Michigan; it came at the expense of killing the Michigan promise in order to pay off Hollywood movies.

Dale Rogers: “YES! YES! YES! to MEDC transparency reforms and NO! NO! NO! to the state of Michigan giving out subsidies and tax credits to select companies.”

“The pension bubble is a big issue and we all saw what happened in Detroit when we ignore that issue,” Cindy Gamrat said.

“I do not believe it is correct for public employees, except those in dangerous professions such as police and fire officers, to have benefits richer than those provided by the average private-sector employer,” Steve Schulz said.

Marty Knollenberg: “Government shouldn’t be in the business of picking winners and losers and given their track record, we need to do away with subsidies and tax credits as they expire. In addition, it is simply unfair that the 'elite' benefit at the expense of taxpayers and the little guy.”

Rocky Raczkowski: “I would have also supported [shifting employees to a 401(k)] to be part of any vote on the Detroit 'Grand Bargain.’ This is one of the issues that have added to the bankruptcy of our largest Michigan cities, and this issue must be dealt with, otherwise it will lead to more issues with financial emergencies amongst our public sector local governments.”

Ethan Baker: “The prevailing wage law should absolutely be repealed! It will save Michigan taxpayers $400 million a year. Repeal it.”

Al Gui: “[MEDC programs] lead to a lack of a code of conduct which translates to shadowy contracts and money mismanagement.”

“What [people] want is lower health care premiums; protection of Medicare benefits for seniors, and a plan that strengthens the doctor-patient relationship and keeps their private information private,” Sen. John Moolenaar said. “We can accomplish the kind of health care reform the American people want without having a government takeover of our health care system, without raising taxes or premiums, and without forcing citizens to buy health insurance they do not want and cannot afford.”

“I believe there are private-sector alternatives to the Export-Import Bank that would be a step in the right direction in reducing the size and scope of our federal government,” Paul Mitchell said. “By ending federal support and operation of this entity, the private sector would assume responsibility for this piece of our trade system as well as taking on any risks associated with it.”

“This race is all about my voting record,” Rep. Frank Foster said. “I have spent the past four years working hard to improve the economy . . . it’s on the climb. I campaigned on eliminating the personal property tax and the job-killing Michigan Business Tax and I’ve accomplished those things. I’ve voted to cut the income tax. We’ve invested more money into roads. We passed right-to-work in Michigan.”

“My opponent voted for Medicaid expansion, adding to the community of people who are in the program and accelerating spending,” Lee Chatfield said. “It is the biggest expansion since the 1960s. To me, putting more people on a welfare program should not be considered a success. Success should be measured by how many people get off. He also voted to authorize Common Core. We need education curriculum, but it shouldn’t be based on one-size fits all and making teachers teach to a test. I also oppose his vote in favor of the Internet tax.”

“The problem is the words, ‘select companies,’” Aaron Miller said. “Who is doing the selecting? How is it fair? How do we know that some other company does not deserve those subsidies more?”

“I believe I would support legislation that would enable local governments to be more responsible with their pension programs, and if changing the type of account from defined benefit to defined contribution is the solution, then I would be in support of that policy,” Kesto said.

“I would support closing the unsustainable current pension system to new employees and offering defined-contribution type accounts instead,” O’Hagan said. “This system is better for both the public schools and the employees. The schools know their financial obligations up front and are forced to responsibly fund them in the year incurred, while employee's retirement benefits are protected in their own personal account and cannot be whisked away by another 'need' or a bankruptcy court!”

“I am the House leader in opposing corporate welfare and government subsidies that usually end up costing the tax payers millions more than any benefit to the state,” Tom McMillin said. “My opponent voted for all of these corporate subsidies paid for by Michigan taxpayers, such wind power, film subsidies …”

“During my time in the Michigan Legislature, I built a record on finding solutions; working with Republicans and Democrats to achieve tangible, conservative reforms," Mike Bishop said. "My opponent has spent many years either being unable or unwilling to work with either side of the aisle to get things done. It takes more to achieve reforms than voting ‘no’ out of principle.”

"All of government needs to be transparent and accountable to taxpayers," Ieuter said. "Government should not be picking winners and losers but creating an overall business climate that supports job creation and builds stronger families and communities."

"I'll sponsor the legislation to [eliminate prevailing wage]," Glenn said. "That would be an estimated quarter-billion dollars a year that could be spent on the children inside the classroom instead of on artificially inflated costs for putting up the classroom."

"The way I see it, this race is about experience, leadership and results," Rep. Lyons said. "I'm proud to have helped lead a Republican-led Legislature that has seen Michigan's economy turn the corner.”

"I believe this race is about bringing accountability back to the Legislature and common sense back to government," Rigas said. "My opponent claims she is a conservative, but if she really was she wouldn't have voted 'yes' on Medicaid expansion, the Detroit bailout, the minimum wage increase, the Internet tax and the senior pension tax.

"He (Sen. Green) voted against right-to-work and he did that after saying he'd vote for it," Rep. Daley said. "There’s even a video of him saying he would. He also voted for the Obamacare exchange. I'm totally against Obamacare and believe we should stay as far away from it as we can.

"The organizations and people in Lansing who support me do so because of the people and businesses in Northern Michigan who support me," Rep. Schmidt said. "It starts up here. When you see the support I have in Lansing it's really the people of this district who are speaking."

"There's no doubt about it, this race is Lansing versus the people of Northern Michigan," Rep. MacMaster said. "My opponent is receiving strong support from Lansing because of the way he votes. I feel the support I'm receiving in the district is very positive and solid. I think that's because people know I'll represent them — not Lansing."

"He (Ellis) was appointed to the Michigan's Strategic Fund board by Gov. Jennifer Granholm," Rep. Amash said. "While there, he voted in favor of everything for which she asked. He favors corporate welfare. The chambers of commerce aren't endorsing me because they're all for corporate welfare and subsidies, and I am strongly opposed to those things. He supports Medicaid expansion in Michigan and he supports Common Core."