The 2013 state personal income data was released recently and it has some good news for Michigan.

The state had the 9th best performance among the states from 2012 to 2013. While it's unclear how much of a role the passage of the right-to-work law had in the performance, it is worth a look at the trends between states with a right-to-work law and those without one. 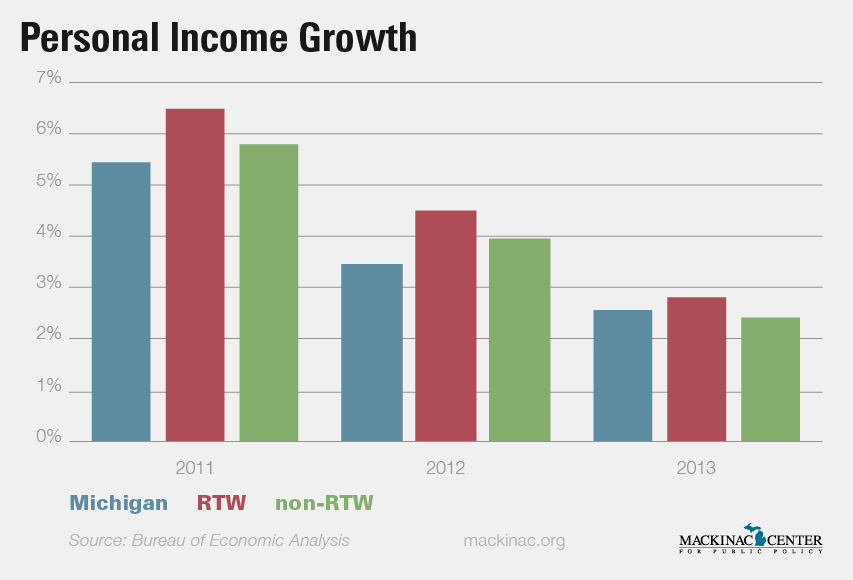 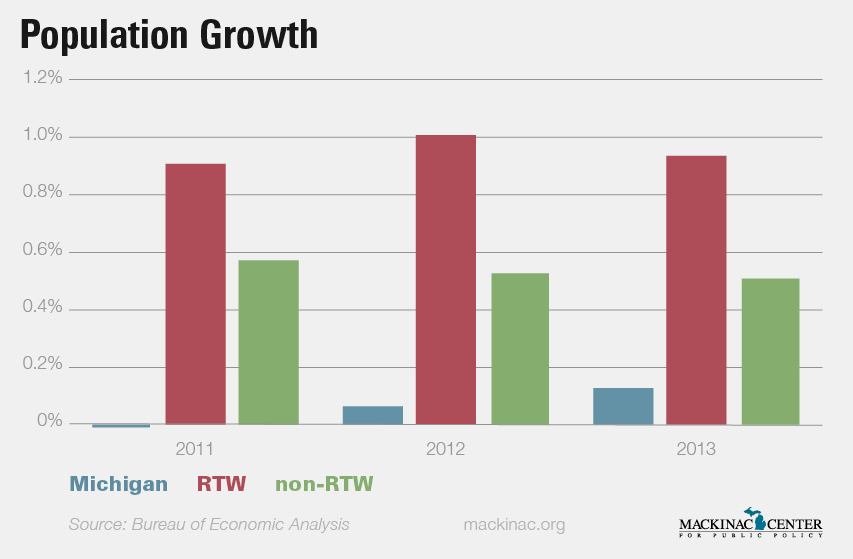 Over the long term, right-to-work laws have been associated with inflation adjusted personal income growth, population increases and job growth.

Right-to-work may or may not be an influence, but Michigan's recent performance has shown improvements in all three measures.