Earlier this month, the Utica Education Association posted on its website an internet meme pairing an image of a man pulling a shark out of the water with that of a hand holding a minnow.

Teachers at Utica Community Schools appear to have been the state’s most highest teachers compensated in 2018-19, according to data just released by the Michigan Department of Education.

The average teacher salary at the Utica district was $82,065. The highest paid teacher made $109,364 in 2018, according to the Macomb County school district.

Warren Consolidated Schools is also in Macomb, and it had the state’s second highest average teacher salaries last year, at $81,204. 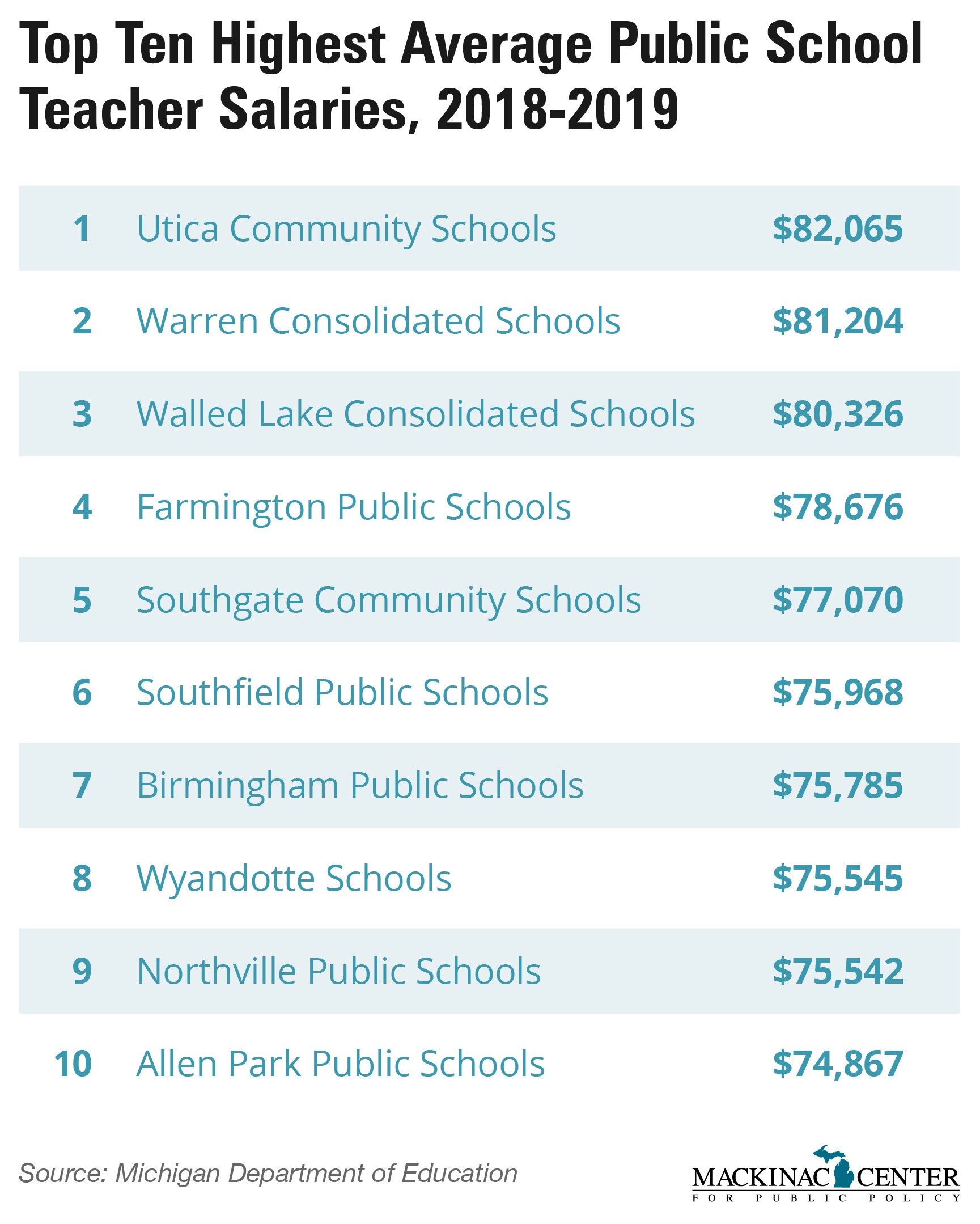 The top 10 public school districts in terms of average teacher salary are all located three counties: Oakland, Macomb and Wayne.

Districts in some less affluent parts of the state pay considerably less.

The average teacher salary of teachers in Bellevue Community Schools in Eaton County was $45,726 in 2018-19.