That sparked outrage from one famous Michigan resident, filmmaker Michael Moore of Flint. 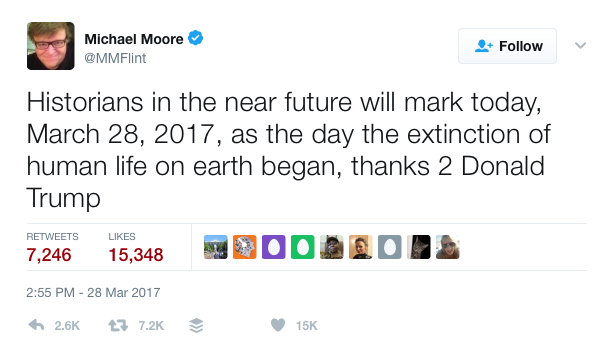 ForTheRecord says: More than a few social media wags have wondered: If human life is extinguished and historians are human beings, how will they be able to mark the day their extinction began?