Warren Consolidated Schools in Macomb County was the highest-paying district in Michigan, with an average teacher salary of $86,812 a year, according to an annual report issued by the Michigan Department of Education.

Northville Public Schools was the third-highest-paying district, with an average teacher salary of $81,640. 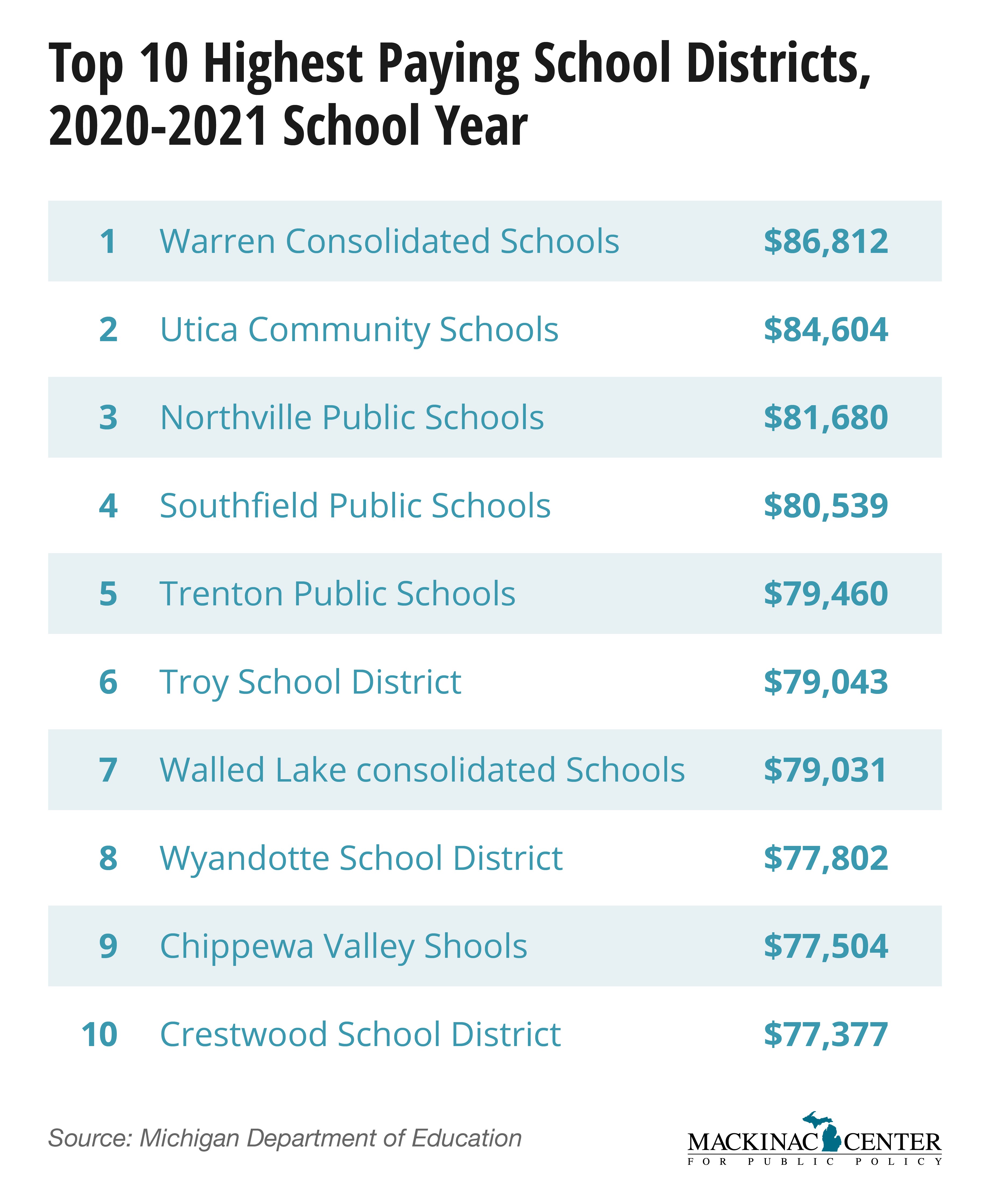 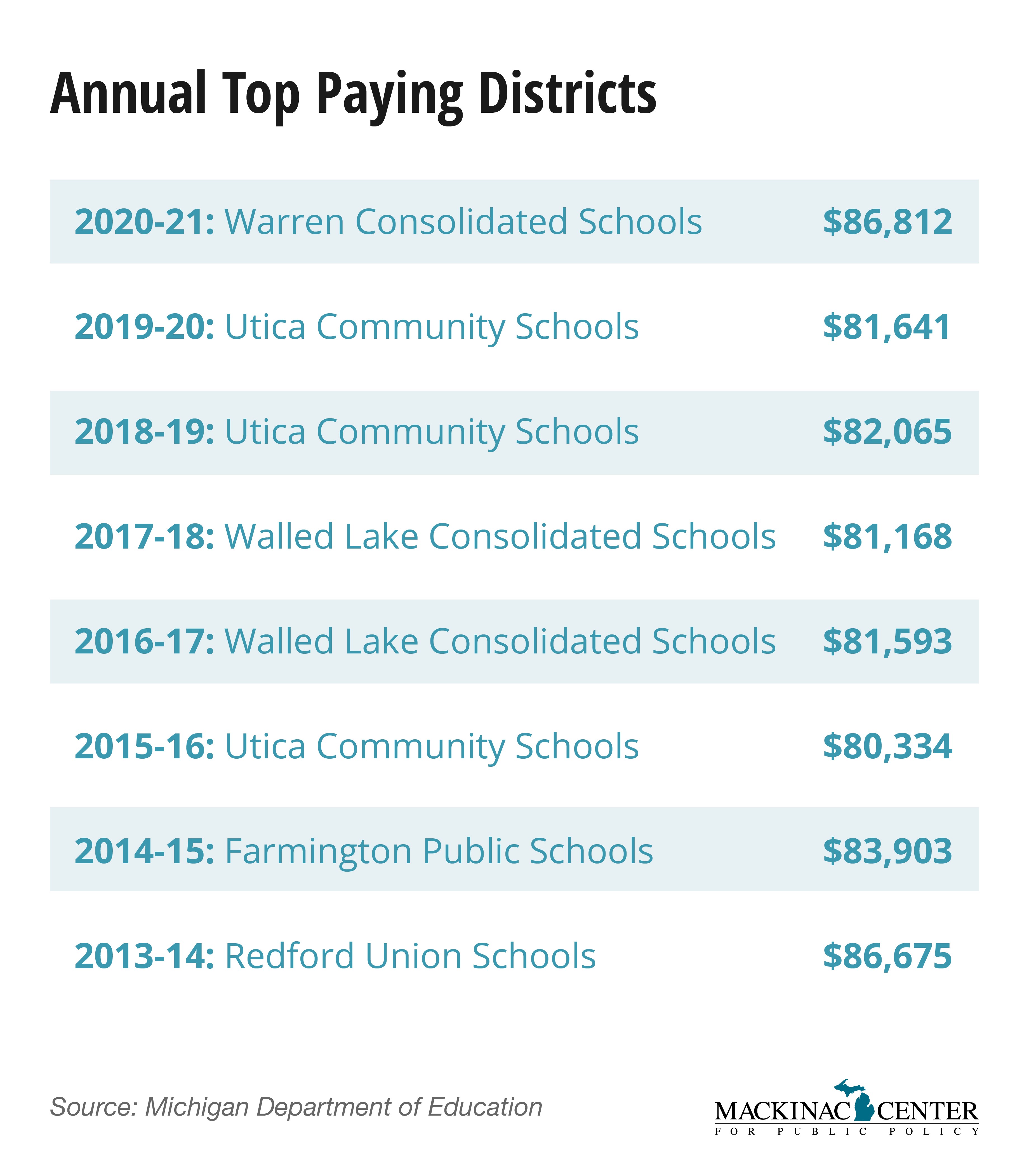