A few weeks after Michigan’s new right-to-work policy was signed into law — but a little more than two months before it went into effect — the Detroit Free Press published this graphic, produced by cartoonist Mike Thompson, on Jan. 13, 2013. 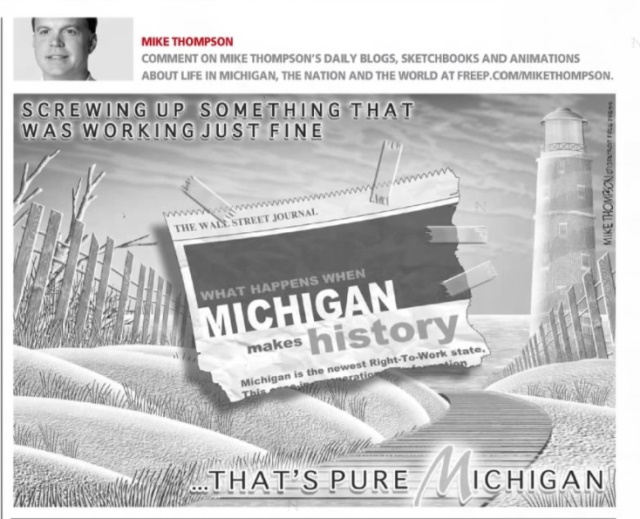 In the eight years before Michigan adopted right-to-work, it had been dead last among the states for growth in its gross domestic product. In the eight years since, its growth rate rose from last place to to 32nd.

Figures from the year 2020 are not included due to impact of the COVID-19 pandemic.