U.S. House Resolution 23 of 2023, the Family and Small Business Taxpayer Protection Act, is a four-page bill, with one blank page.

In one sentence, the bill rescinds the funding for 87,000 IRS agents that was approved in the Inflation Reduction Act of 2022.

The 2024 tax season will bring $600 sums under the purview of the IRS, as it cracks down on third-party payment processors such as CashApp or PayPal. Critics worry that the U.S. government is being weaponized against small business owners and middle-income taxpayers.

On Jan. 9, the U.S. House approved the Family and Small Business Taxpayer Protection Act in a 221-210 vote, with three members not voting.

The vote ran strictly down party lines. All 221 yes votes came from Republicans, and all 210 no votes came from Democrats. It was the same for Michigan’s congressional delegation. 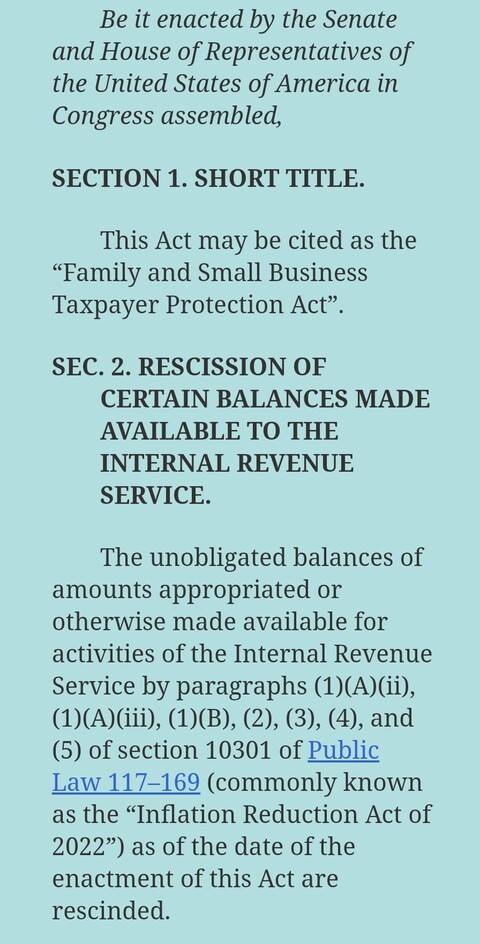 The U.S. Senate has yet to take up the bill. The Senate would have to pass it, and President Joe Biden would have to sign it, for the bill to become law.