Early in the morning on Dec. 18, 2022, Kesha Hamilton, a trustee of Jackson Public Schools, tweeted from her personal account: “Whiteness is so evil.. it manipulates then says, I won’t apologize for my dishonesty and trauma inducing practices and thinks you should applaud it for being honest about its ability to manipulate and be dishonest.”

She added the hashtags #deceitful and #perfidious.

In response to the tweet, a woman wrote that Hamilton’s tweet was “so disheartening” and asked if she was elected to represent the entire diverse student body in Jackson.

A former Jackson school trustee submitted a letter to Gov. Gretchen Whitmer asking her to remove Hamilton from the board.

Cheryl Simonetti’s term expired Dec. 31, 2022. Simonetti said in her letter to Whitmer, which she wrote before her term expired, that Hamilton “posted anti-white hate speech on social media” and that “her racist hate speech cannot be condoned.”

Angela Mitchell, president of the Jackson school board, told CapCon: “I have been made aware of these comments by Board Trustee Hamilton. These views do not represent Jackson Public Schools or the Board of Education!”

Hamilton also commented on another social media post of a man who said he is Black and was hiking alone in the foggy rain. He invited people to “write the rest of the script.” Hamilton commented, “The last thing you have to worry about is an animal – though that could be a very real threat.. more dangerous are any white folks you may see on the trail..be safe.”

Hamilton issued a statement in response to CapCon’s request for comment. She said that her remarks were made as a private citizen, on a personal social media account not connected to her school board duties. 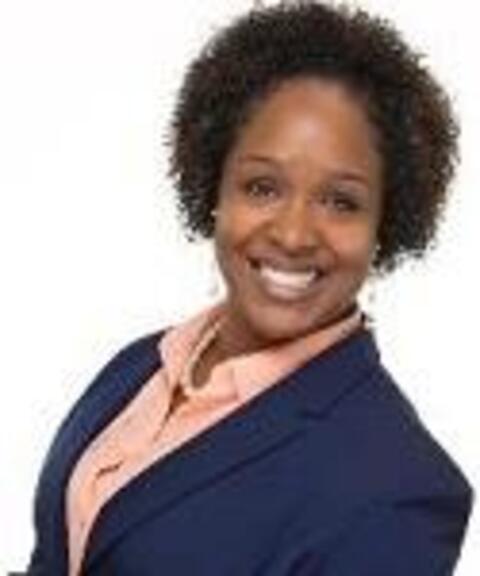 Hamilton provided a statement to CapCon, reprinted below:

Whiteness defined is ‘white racialized identity (which) refers to the way that white people, their customs, culture and beliefs operate as the standard by which all other groups are compared.’* “Writers crafted whiteness (white racialized identity) as a national inheritance, a way to preserve the social construction of American life and, ironically, its democratic institutions and values. Given the extent of the nation’s belief in white supremacy, one would be astonished if it had not been a guiding principle...”

Whiteness (white racialized identity) is a construct, a normalization with a foundation in white supremacy, recent examples of the normalization of whiteness (white racialized identity) with a foundation of white supremacy are the murder of George Floyd, the massacre of Black residents in Buffalo, NY, the attempted kidnapping of Governor Whitmer, the attack on our Democracy on January 6th, 2021, inconsistencies of our criminal justice system, the wage and wealth gap between White Americans and Americans of color, the lack of authentic sufficient representation in leadership, education, employment, etc. These outcomes, actions and behaviors are not a coincidence. There are centuries of data and thousands of peer reviewed articles by legal and social justice scholars from America’s highest academic institutions that repeatedly address these issues – these issues persist by intentional design – to maintain whiteness (white racialized identity) whose foundation is white supremacy.

The danger of being in the woods tweet ... “refers to the challenges Black people in the United States continue to face when attempting to establish and protect their right to freedom of movement.... The United States has a longstanding history of efforts aimed at keeping Black people from enjoying freedom of movement and restricting them from entering spaces that have been racialized as white.”***

There are hundreds of examples of the danger Black Americans face including the Central Park Five, Amy Cooper and the bird watcher, Bar-be-que Becky, sitting in a Starbucks, studying in a university common room, shopping, using the sidewalk, driving, attending school, and swimming in a public pool, to name a few.

She adds, “Our concern should not be that I named these issues, but that these issues continue to persist.” Hamilton also provided footnotes for her citations, marked above as asterisks.

The Jackson school district has a diverse student population. According to MI School Data, about 44% of the district is white, 32% is black, 15% is of two or more races, 8% is Hispanic, and about 2% is Asian.

The Jackson school board will meet again on Jan. 17.

There was no response to a request for comment from other board members or Superintendent Jeff Beal.