Michigan's state budget for the 2018-19 fiscal year that begins Oct. 1 will make it nine state budgets in a row that will spend more dollars raised from state taxpayers. Since the 2009-10 fiscal year, state spending supported by state revenue sources (i.e., Michigan taxpayers) will have risen from $25.2 billion to $33.7 billion in 2018-19.

Additionally, state spending of revenue from all sources - federal, state and local - will also increase for the ninth consecutive year starting Oct. 1.

Gov. Rick Snyder signed the main part of the budget on June 21, and a spokesman said the remaining education budget will be approved this week. 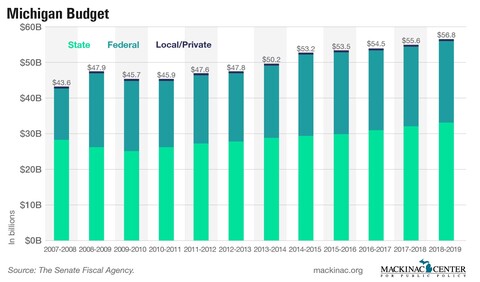