Michigan State University may have violated the Civil Rights Act of 1964 by inviting students to participate in campus affinity groups, organizations which are separated by race.

That is the view of University of Michigan professor Mark Perry, who cites the 1964 law to support his contention.

MSU compares an affinity group to a caucus that is set up to provide “spaces for people to work within their own identity groups.”

The term “folx” is used by progressives who regard the term “folks” to be oppressive to marginalized groups and not gender inclusive.

This document defined the objective of the groups: “For white people, an affinity group provides time and space to work explicitly and intentionally on understanding white culture and white privilege and to increase one’s critical analysis around these concepts. For people of color, a caucus is a place to work with peers to address the impact of racism, to interrupt experiences of internalized racism, and to create a space for healing and working for individual and collective liberation.”

The invitation also stated, “When you receive the Zoom information, we are asking participants to opt into the affinity group that aligns with their racial identity. This is not the opportunity for white folx to engage in the POC [People Of Color] affinity space and vice versa.”

Perry explained his position with a tweet: “I believe that @MSU will violate Title VI’s prohibition of discrimination on the basis of race/color with these events. Note to self: File a complaint with the Office for Civil Rights ASAP.”

Perry’s tweet concluded by repeating a key phrase from Title VI of the Civil Rights Act of 1964: “No person in the United States shall, on the ground of race, color, or national origin, be excluded from participation in, be denied the benefits of, or be subjected to discrimination under any program or activity receiving Federal financial assistance.”

Perry confirmed in an email that he has filed a complaint against the university.

Perry is a member of the Board of Scholars at the Mackinac Center for Public Policy, which publishes Michigan Capitol Confidential. 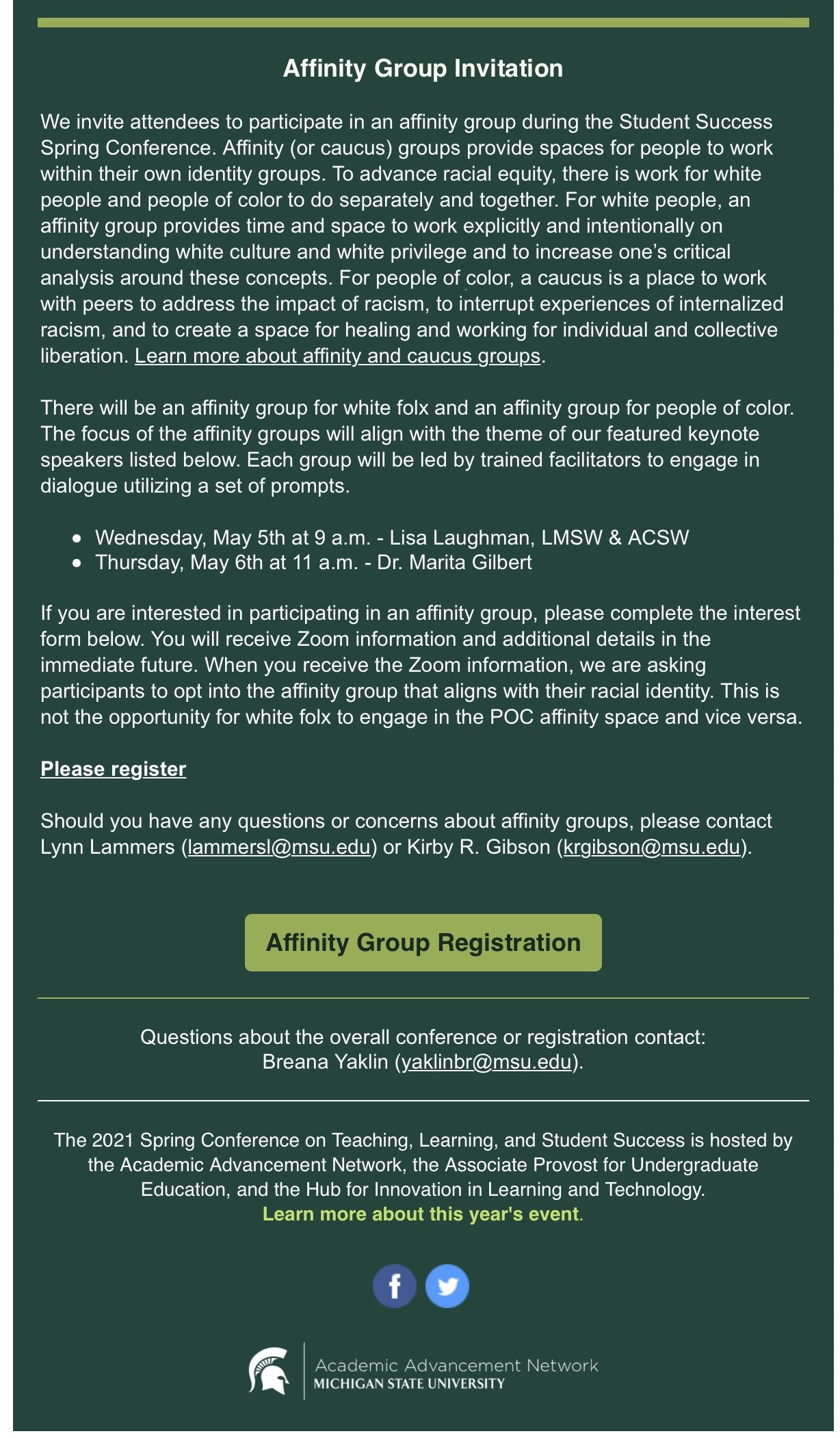 Cost Of School Pension Underfunding In 2021: 42% Of Teacher Payroll Expense