Robert Gordon, the director of the Michigan Department of Health and Human Services, claimed in a Jan. 18 tweet that the second lockdown imposed by the state has been unique in the U.S. for saving lives.

Gordon tweeted, “Hundreds of Michiganders are alive because the state has brought COVID under control. Was the Pause the Cause? Find another state with similar results but not similar action. #Pausetosavelives”

Gordon’s tweet suggests he may not be aware that several nearby states have seen similar COVID trends, despite having adopted different policies. Ohio, for example, has not closed bars and restaurants to inside service, though it did just impose a 10 p.m. to 5 a.m. curfew on residents.

This is not the first time Gordon appeared to be uninformed on the pandemic’s progress in other states. On Jan. 13, Gordon inaccurately claimed that several neighboring states had experienced “uncontrolled growth” in the number of COVID cases, when figures demonstrated most had experienced trends similar to those in Michigan.

This can be seen in a chart, from the Centers for Disease Control and Prevention, which tracks the rate of deaths in several states. 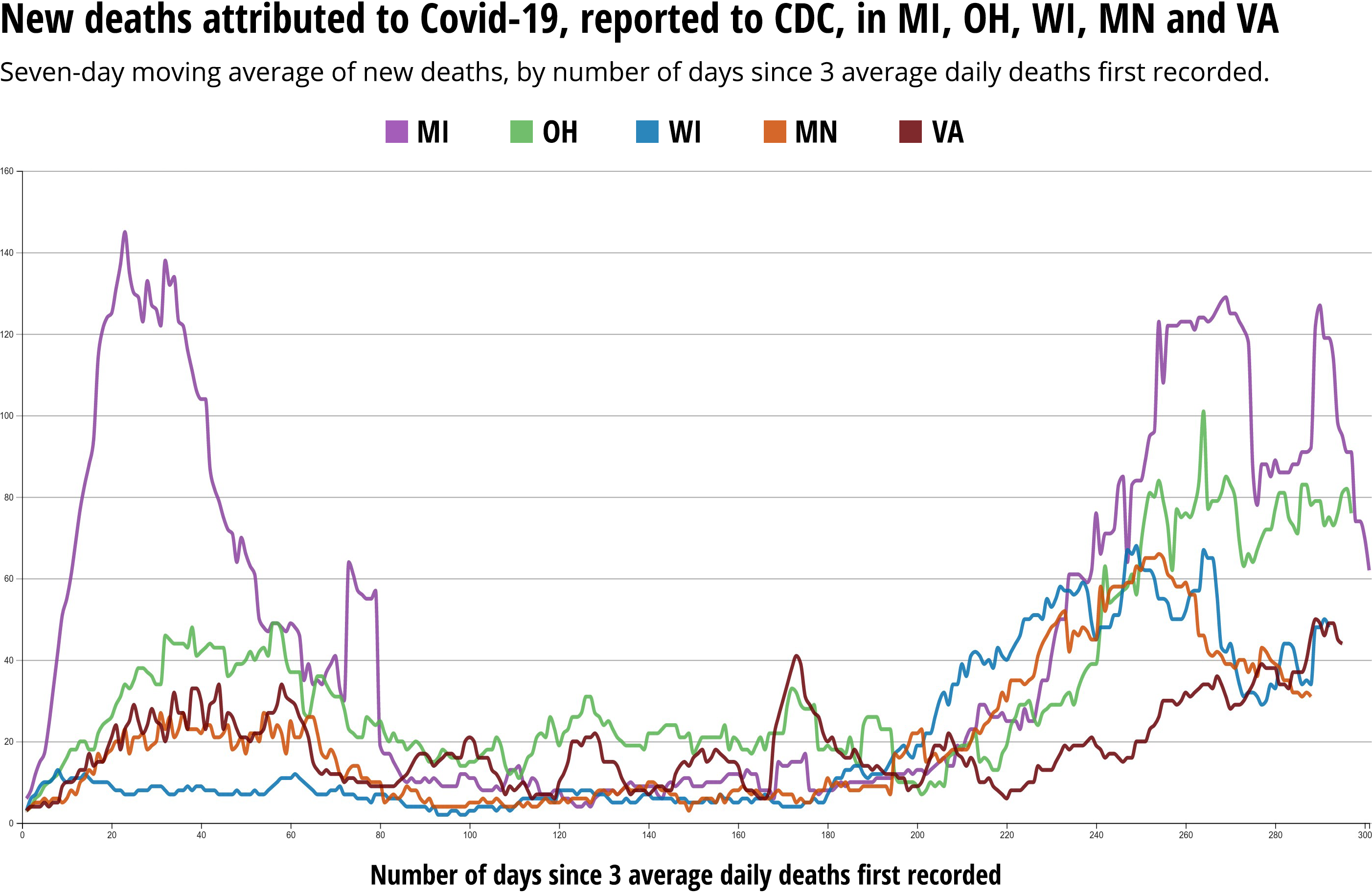 Is ‘Vacc to Normal’ Back to Normal?

Whitmer Administration: Face Masks For Everyone; They’ll Let You Know When They Can Come Off