Michigan Gov. Rick Snyder delivered his final State of the State address on Tuesday. Here’s a look at how Michigan’s budget has increased during his tenure, focusing solely on tax and fee dollars paid to the state and excluding money received from the federal government. 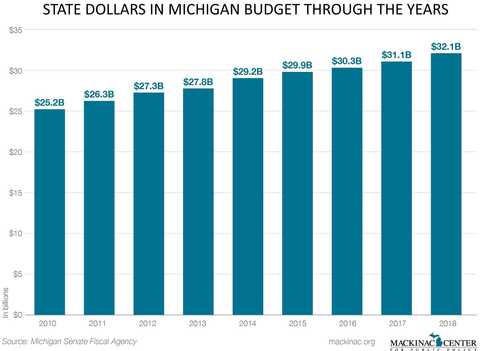