The man who embarrassed state corporate welfare czars in 2010 — and Gov. Jennifer Granholm, too — by winning a $9.1 million deal from the Michigan Economic Growth Authority while on parole for embezzlement has again been released from prison. He was freed on parole Tuesday.

In 2010 Richard Allen Short’s Renewable and Sustainable Companies, LLC (RASCO) was purportedly going to invest $18.5 million in a Flint location. More than 700 jobs were supposed to be created in the first five years thanks to an assist from the state’s MEGA program. This was such a big deal at the time that Short (and others) were featured at a press conference with the governor. (See WSMH-TV footage, below). The MEGA program gave refundable tax credits, or subsidies, to corporations.

Short, however, was not allowed by the terms of his previous parole to possess so much as a debit card. Imagine the surprise of corrections officials when they saw their parolee on a stage with the governor.

This story is important because by law, state officials overseeing the MEGA program were required to review deals and certify this: “The plans for the expansion, retention, or location are economically sound.” It remains an open question as to the veracity of all claims associated with the deal, but the very fact that the company head was on parole and not allowed to possess a credit or debit card makes the plans suspect.

Had officials bothered to Google “Richard Allen Short,” they may have easily discovered a Flint Journal article from 2008 referencing his past. He also would have turned up in the state’s offender database. Even today a search for RASCO on Google leads to the address of a single-wide trailer where Short once lived. 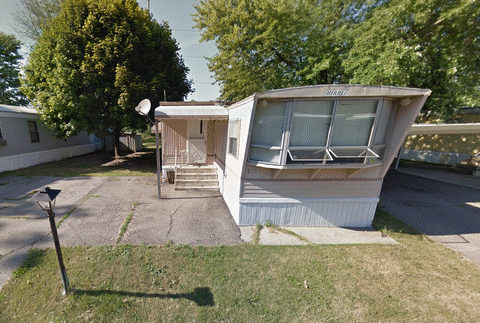 The RASCO deal underscores the difficulty government central planners have in picking winners from losers in the marketplace. Whatever their talents, state officials did not even have the wherewithal to uncover Short’s past before they approved a multimillion deal and featured him as a symbol of the success of their MEGA program.

Despite this embarrassing episode, some politicians still insist that a handful of government employees can invest taxpayer money and create more jobs than would exist without programs such as MEGA. It strains credulity, particularly considering that even the most rewarded stock investors struggle to consistently outperform the market.

And economic research supports this skepticism. There have been five academic studies done about the MEGA program, incidentally, and four of them found a zero to negative impact. Gov. Rick Snyder and legislators ended the MEGA program in 2011 and replaced it with the Michigan Business Development Program. That program has also failed to create net new jobs.

Embezzler Richard Short seems to have put one over on the state’s economic development bureaucracy. He headed up a company that — at least on paper — dazzled state employees enough to win a multimillion-dollar subsidy deal (though it was not paid out), despite his background. None of this would have happened if our government had stayed out of the corporate welfare game in the first place.

The state should get out of the corporate welfare business rather than come up with new way to play it. We would all be better off if the state ended its “economic development” programs and redirected any savings to fixing Michigan’s transportation infrastructure or cutting taxes.