Michigan House Bill 4004 of 2023 is unconstitutional. The bill would remove right-to-work protections for public sector employees, which is settled law in America.

(c) Pay to any charitable organization or third party an amount that is in lieu of, equivalent to, or any portion of dues, fees, assessments, or other charges or expenses required of members of or public employees represented by a labor organization or bargaining representative.

Except, those words are all crossed out in the legislation. If House Bill 4004 passes, public employees would be “forced” and “compelled” to join unions and pay money to them.

Here’s how it looks on the page:

House Bill 4004 will face a constitutional challenge if it passes.

In 2018, the U.S. Supreme Court ruled, in Janus v. AFSCME, “Non-union government workers cannot be required to pay union fees as a condition of working in public service,” according to the Liberty Justice Center, which represented Mark Janus, a child support specialist for the state of Illinois who objected to forced union membership. Janus was also represented by the National Right to Work Legal Defense Foundation. 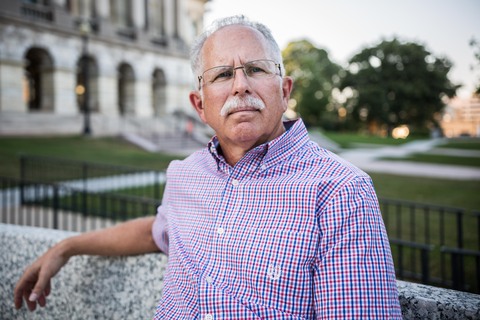 The Janus case applies nationally, and Michigan Democrats now run Lansing and have said they will target right-to-work.

But because of the Janus ruling, public sector employees would retain their right-to-work status.

House Bill 4004, if passed, would result in litigation on an issue recently settled by the U.S. Supreme Court. Public sector employees have right-to-work protections. Michigan law would not override the U.S. Constitution, as interpreted by the highest court in the land.