One of the last bills Gov. Gretchen Whitmer signed to close out her first term was Senate Bill 450 of 2021. The bill, now Public Act 274 of 2022, will put a 30-day cap on state-mandated bans on visiting patients in assisted living facilities.

As a section of the three-page bill reads:

Beginning June 1, 2023, an emergency order issued under subsection (1) may prohibit or otherwise limit any visitation of a patient or resident in a qualified health care facility for a period not to exceed 30 days after the date the director first declares that control of the epidemic is necessary to protect the public health.

After 30 days, however, the health authority would be prohibited from banning patient advocates and family members from visiting the cognitively impaired. The bill allows for certain restrictions and requirements, such as time limits and pre-entry health screenings.

Whitmer signed Senate Bill 450 into law Thursday, according to the history of the bill.

Whitmer has vetoed bills limiting the emergency powers of the governor’s office, including eight bills that would have put guardrails on those powers. Senate Bill 450, though, she signed. 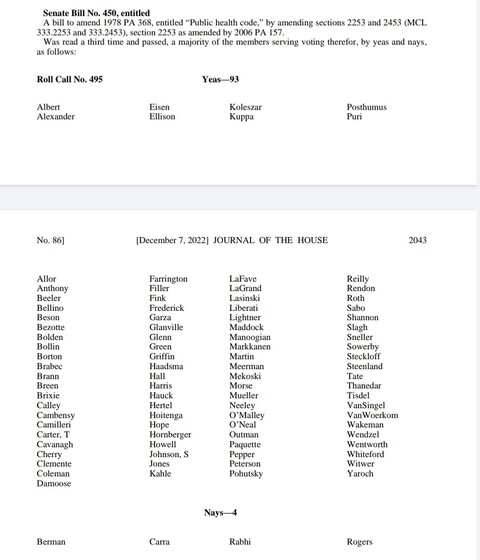 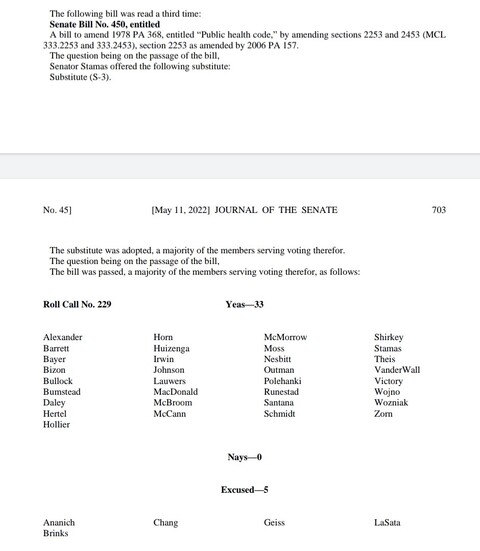