Gov. Gretchen Whitmer has repeatedly sought to link a rise in new COVID-19 cases in Michigan to a state Supreme Court ruling that declared the pandemic-related executive orders she issued were unlawful and unconstitutional.

Whitmer pressed this theme again in a Nov. 5 press conference, showing a chart showing the timeline of new cases. It was marked with a line highlighting the date of the court decision.

The Michigan Supreme Court ordered an end to Whitmer’s executive orders and unilateral state-of-emergency governance on Friday, Oct. 2. On Monday Oct. 5, less than three full days after the ruling, the Michigan Department of Health and Human Services reimposed almost all of Whitmer’s pandemic executive orders in the form of its own directives, citing authority granted to it by a 1978 law.

But the rise in new Michigan COVID cases that began in late September mirrors a similar spike in cases around the country. Nearby states Illinois, Wisconsin, Ohio and Indiana are all experiencing record-levels of new COVID-19 cases as part of a national trend.

For example, a daily map of new COVID cases in Ohio looks remarkably similar to the one for Michigan. But in Ohio, there was no similar state Supreme Court ruling on which its governor could blame a similar acceleration of newly confirmed cases. 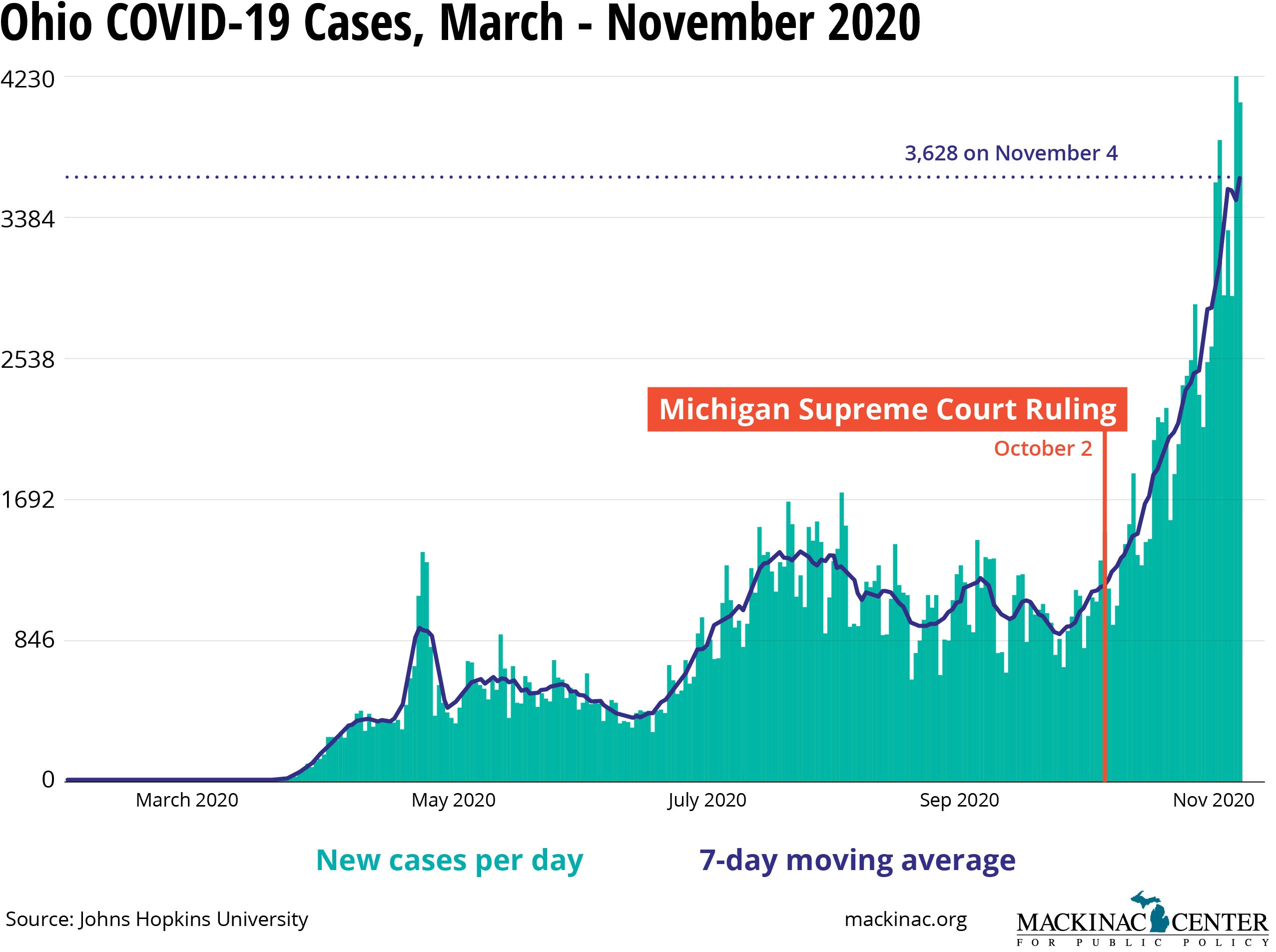