Just 28 House Republicans, less than half of the Republicans in the chamber, voted "yes."

Three of the 28 House Republicans who don't hold leadership positions and voted for the bill were from Northern Michigan. They are: Rep. Frank Foster, R-Pellston; Rep Greg MacMaster, R-Kewadin; and Rep. Wayne Schmidt, R-Traverse City.

Medicaid expansion at the state level is ground zero at this early stage of implementing Obamacare (officially known as the Patient Protection and Affordable Care Act). The same U.S. Supreme Court ruling that proclaimed Obamacare was constitutional, also said that states could reject Medicaid expansion.

The Obama administration has offered states like Michigan hundreds of millions of dollars in up-front money to implement the expansion. Over time, states will be responsible for part of the cost. There are concerns by many that the federal government won't be able to live up to its payment promises.

So far, the Michigan Senate has refused to approve the version of House Bill 4714 that was passed by the House but a work group to consider the bill is scheduled to begin meeting this week. Gov. Rick Snyder desperately wants Medicaid expansion to take place in Michigan.

According to analysis by the Mackinac Center for Public Policy, if the version of House Bill 4714 passed by the House were enacted, it would lead to Medicaid expansion while allowing the Obama administration to reject reforms afterwards. This also fits a description of the bill published in the Wall Street Journal. In addition, the interpretation of the bill being cited by those refusing to support the legislation in the Senate appears to match the Mackinac Center analysis.

House Republican representatives who voted for Medicaid expansion stood by their votes.

"I am absolutely confident that Medicaid eligibility expansion cannot and will not occur without these monumental reforms," Rep. Lyons said. "The language in HB 4714 ensures that the state cannot begin enrollment procedures on an expanded population until the federal waiver is granted. In order for Medicaid eligibility to expand, the solid reforms established in the legislation must occur.

"The assurance of real reforms as a condition of expansion, coupled with the true cost savings for our hardworking taxpayers is what earned my support for this legislation," Rep. Lyons added.

Rep. Lyons represents House District 86, which is located in part (Belding and part of Ionia City) of Ionia County, and part (Ada and Lowell) of Kent County. She is serving her second term in the House. The 86th House District has a 67.2 percent Republican base. 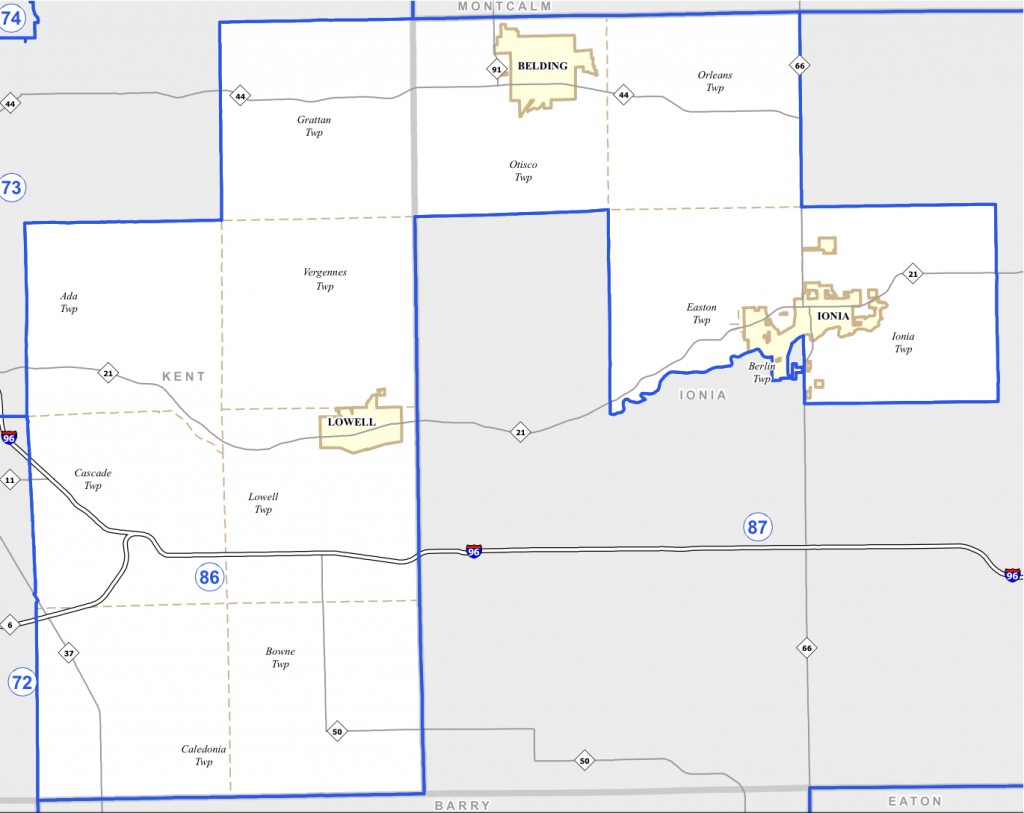 "I was offered to submit an amendment for a 'yes' vote, not knowing it would be gaveled down; the first line would strengthen the law taking the word 'intent' out," Rep. MacMaster said. "I don't trust Obamacare to do what it promises and feel we are being arm-twisted. I would feel more at ease taking on the responsibility to have a state health care system separate from Obamacare . . . like Massachusetts [and] learn from their mistakes and become a model for success.

"While I do feel Medicaid needs to be overhauled, expanding it may not be the best option considering the guilty-by-association stigma it has with the HCE (health care exchange)," Rep. MacMaster continued. "The thought of eradicating our seniors, through a decreased level of health care, is something I don't and will not embrace. When it comes to Obamacare, I have zero level of confidence and therefore, I can't promise anything."

Rep. MacMaster represents House District 105, which is located in Antrim, Charlevoix, Montmorency, Oscoda and Otsego counties. He is serving his second term in the House. The 105h House District has a 59.9 Republican base. 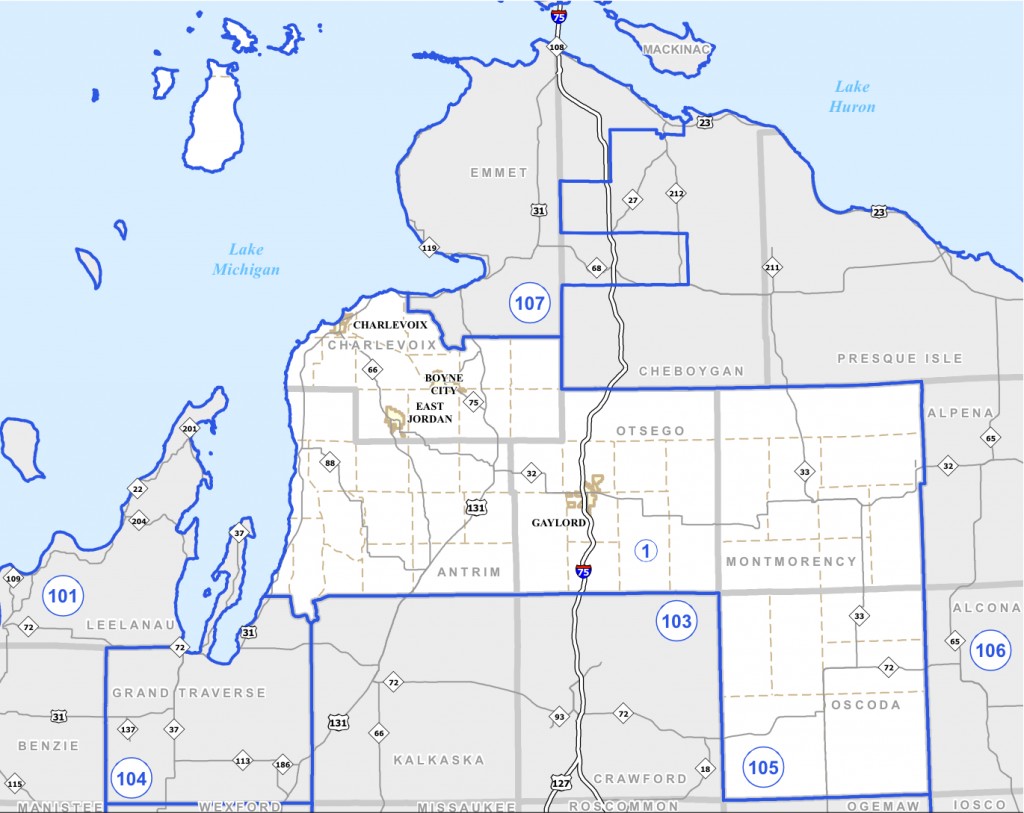 "I'm confident that no Medicaid expansion can occur without our intended reforms happening, as well," Rep. Price said. "The state cannot even start the process of determining eligibility or enrollment for expansion until and unless the waiver is granted. To suggest otherwise is to misinterpret what the bill actually says."

Rep. Price represents House District 89, which is located in part (Grand Haven, Olive, and Spring Lake) of Ottawa County. She is serving her second term in the House. The 89th House District has a 65.6 percent Republican base. 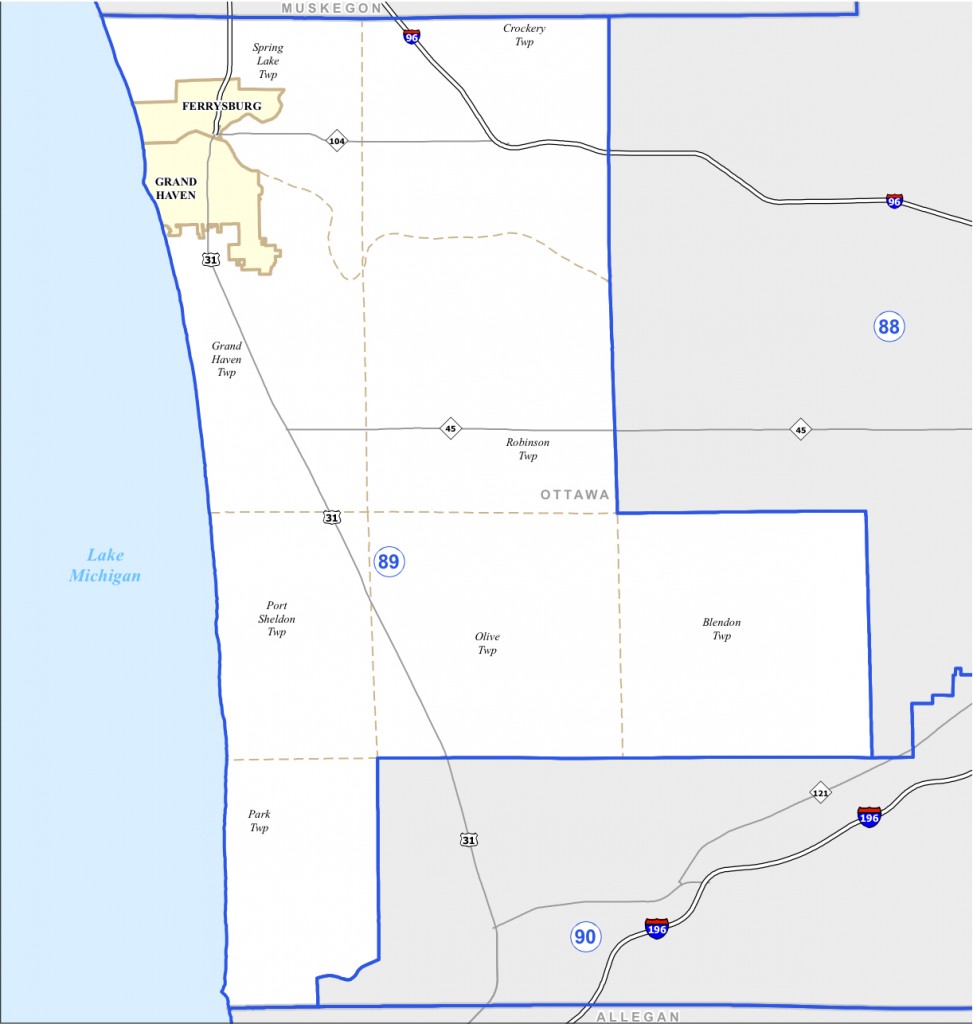 "The language of House Bill 4714 indicates that Michigan will not begin eligibility and enrollment procedures for the expansion and reform of Medicaid until the waivers are granted," Rep. Pagel said.

Rep. Pagel represents House District 78, which is located in part (New Buffalo, Niles and Three Oaks) of Berrien County and part (Howard and Milton) of Cass County. He is serving his first term in the House. The 78th House District has a 56.8 percent Republican base. 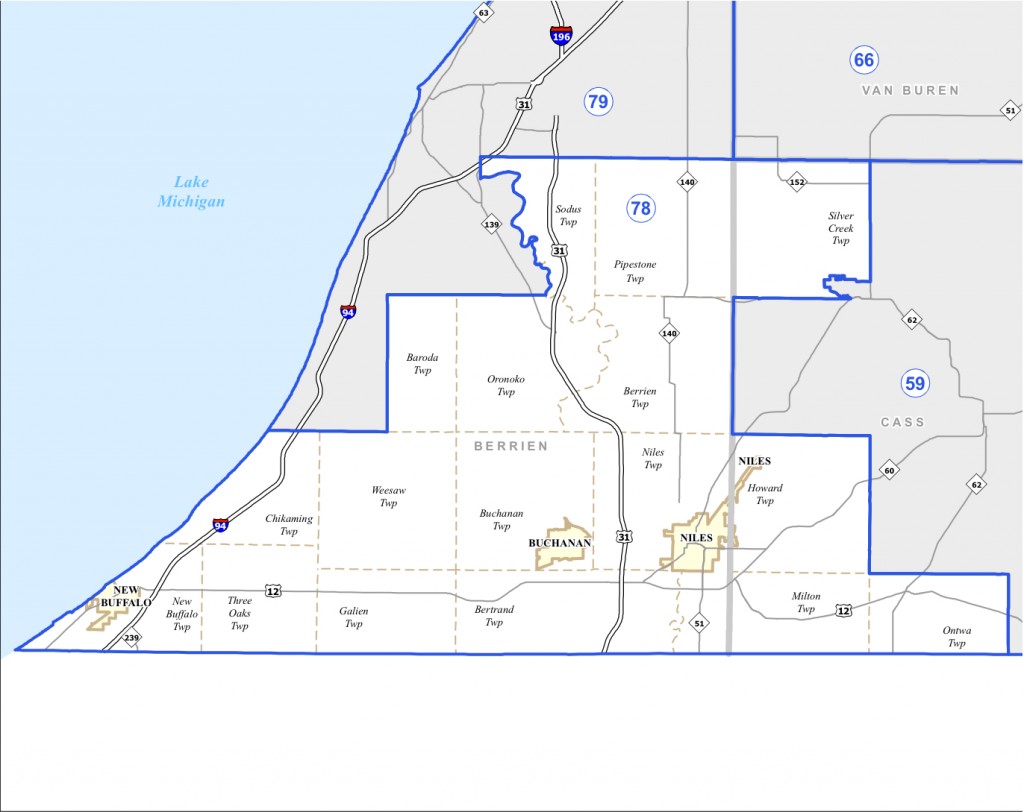 Rep. Foster represents House District 107, which is located in part (Cheboygan and Hebron) of Cheboygan County; and Mackinac, Emmet and Chippewa counties. He is serving his second term in the House. Foster was first elected in 2010. The 107th House District has a 55.9 Republican base. 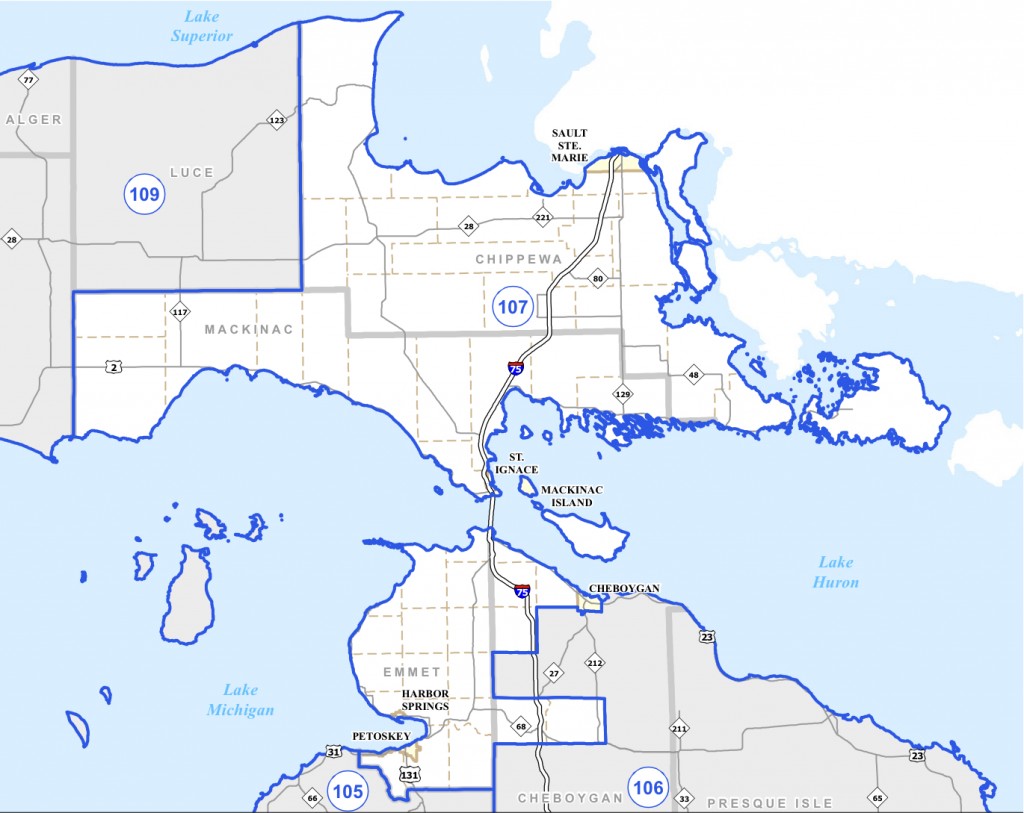 Rep. Foster did not respond to a request for comment.

Rep. Schmidt represents House District 104, which is located in Grand Traverse County. He is serving his third and final term in the House. The 104th House District has a 59.6 Republican base. 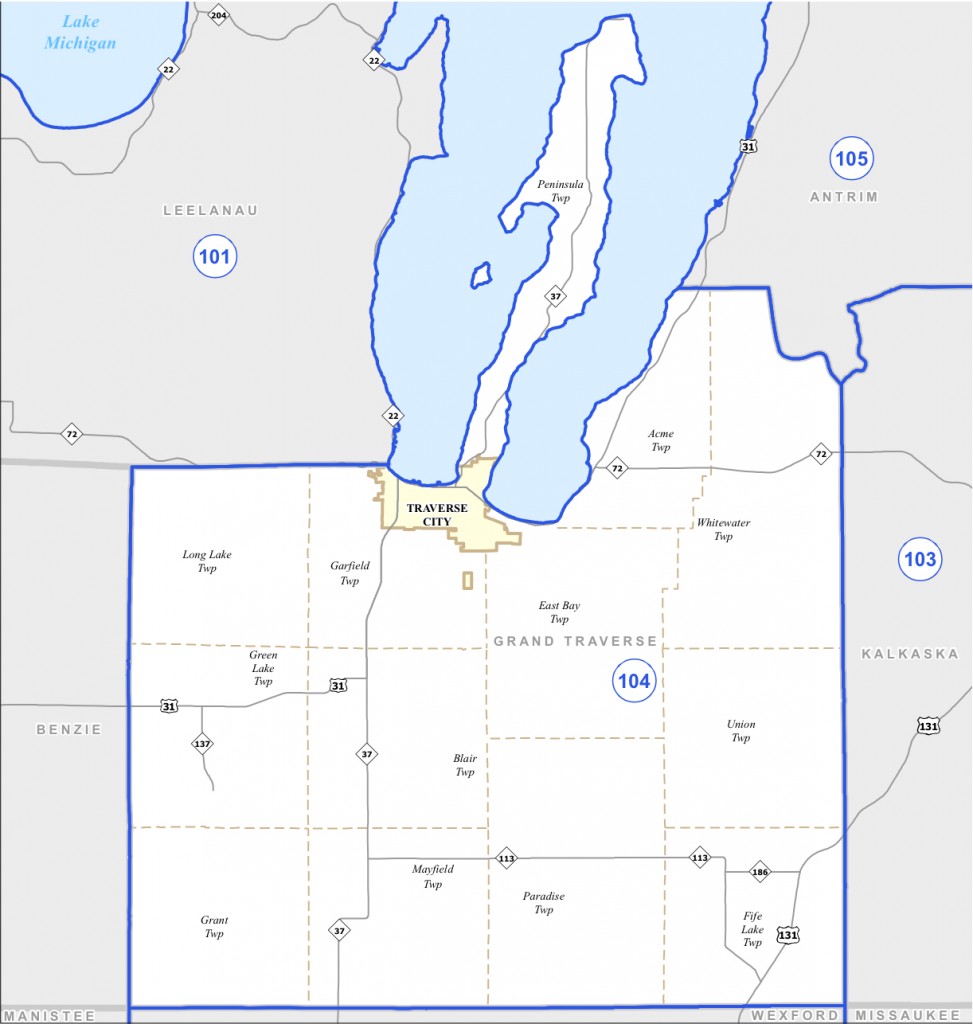 Rep. Schmidt did not respond to a request for comment.

Rep. Yonker represents House District 72, located in part (Dorr and Wayland) of Allegan County and part (Gaines and Kentwood) of Kent County. He is serving his second House term. Yonker was first elected in 2010. The 72nd House District has a 61.2 percent Republican base.

Rep. Yonker did not respond to a request for comment.