The number of Michigan households in higher income brackets has been on the rise in recent years.

Mark Perry, an economics professor at the University of Michigan-Flint and member of the Mackinac Center Board of Scholars, found similar trends throughout the United States.

James Hohman, a fiscal policy analyst at the Mackinac Center, said the trend in Michigan’s household incomes is a positive one.

“Michigan’s middle class is shrinking. So is its lower class,” Hohman said. “More people are in higher income households, and that is good thing.” 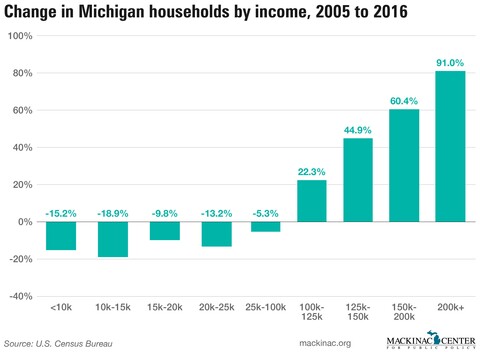