The American Federation of Teachers-Michigan union continues to experience a decline in membership that began with the passage of Michigan’s right-to-work law in 2012. Before the law went into effect, employees in workplaces organized by a union had to pay union dues or fees as a condition of employment.

AFT-Michigan had 28,038 members in 2011, but by 2019 the total had fallen to 18,479. The union represents teachers at the Detroit and Dearborn school districts along with some workplaces, and it had 19,655 members in 2018, including agency fee payers. Under right-to-work, all such dues and fee payments are optional for employees.

The Michigan Education Association has also experienced a membership decline since right-to-work became law. The state’s largest teachers union saw its membership drop from 117,265 in 2012 to 78,475 in 2019.

The AFT-Michigan didn’t respond to an email seeking comment on its membership trends. 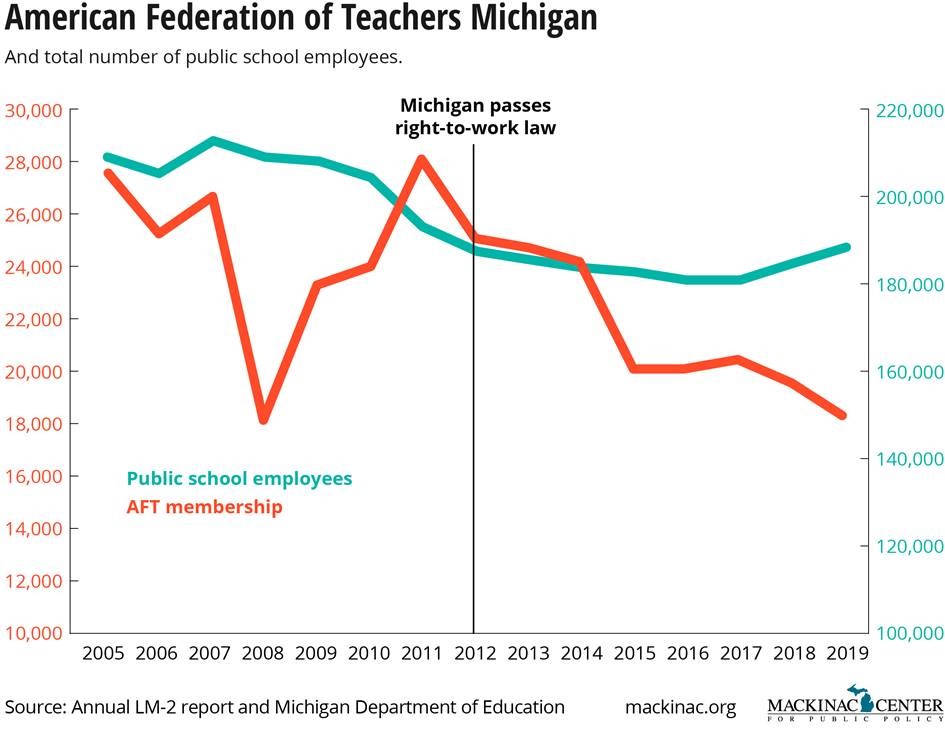