Last year, the Michigan Department of Environment, Great Lakes and Energy released the Michigan Healthy Climate Plan, a roadmap to decarbonize Michigan 100% by 2050.

The plan says Michigan needs to build the infrastructure for two million electric vehicles by 2030. That would require a major shift in demand, in less than a decade.

“Electric vehicles represent a small fraction of Michigan’s current auto sales today,” reads page 38 of the plan. “Just 0.62 percent of all vehicles sold here in 2020 were electric. Two of the key current barriers to widespread uptake are the higher purchase cost typically associated with these vehicles and the real or perceived lack of electric vehicle charging infrastructure.”

The state’s theory is that if it builds the infrastructure, drivers and businesses will start using electric vehicles. 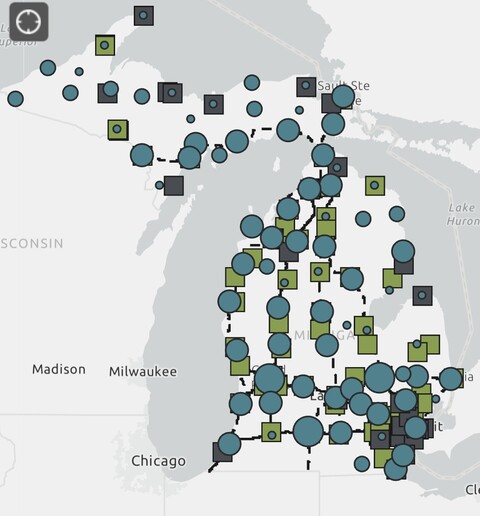 “By expanding funding through the Charge Up Michigan program and partnering with utilities and the private sector, Michigan will deploy enough charging infrastructure to support two million electric vehicles on Michigan roads by 2030. In pursuing that 2030 target, Michigan should aim for electric models to account for at least 50 percent of light-duty vehicle sales, 30 percent of medium- and heavy-duty vehicles sales, and 100 percent of public transit vehicles and school buses sold that year.”

“They make grand pronouncements to get a headline, and to show that they’re doing all the ‘green’ things,” Hayes told CapCon. “When they don’t hit those targets, they sweep it under the rug and put out another press release on their next target.