Steve Swick, president and CEO of Swick Broadcasting in Angola, Indiana, has posted an electronic billboard on I-69 near Angola that features the prominent medical advisor to the president.

The billboard depicts Fauci dressed up like the character Zoltar of a fortunetelling arcade game popularized in the 1988 movie “Big” with Tom Hanks.

“FAUCI,” the billboard states in font similar to that used by the arcade game, “Tells a Different Story every time someone puts money in it.” 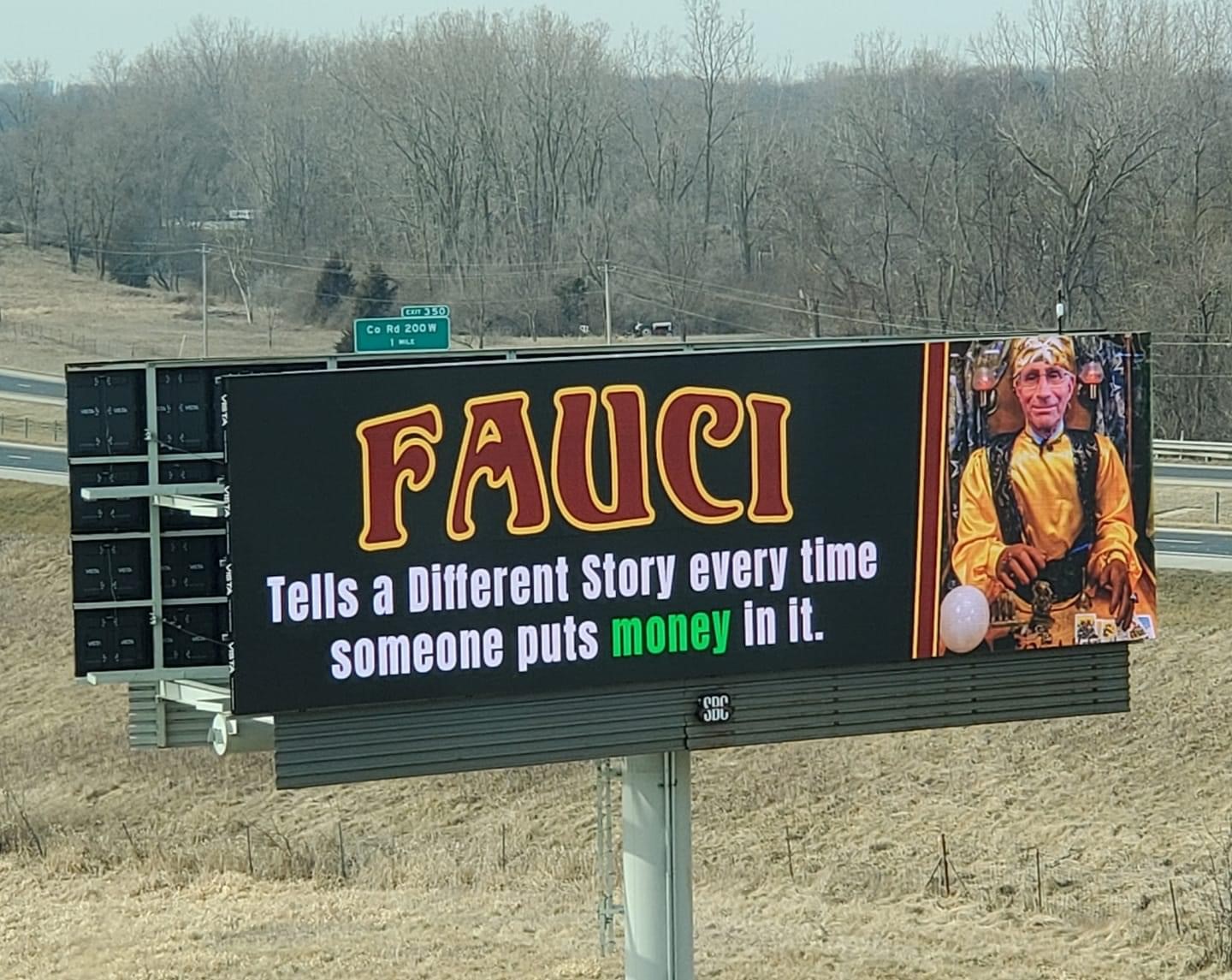