What follows are short descriptions of several bills that have been brought up for a vote in the Legislature. The roll call votes for each bill can be found below. For an opportunity to comment on these bills, please see www.mackinac.org/9955. 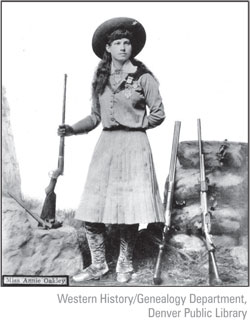 The analysis done by the House Fiscal Agency reports that the bill would "amend the Michigan Memorial Highway Act to designate those portions of Highway US-127 in Lenawee and Gratiot counties as the 'Annie Oakley Memorial Trail.'" 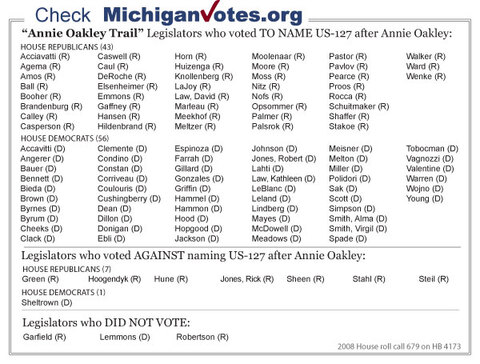 The Michigan House Fiscal agency staff reports that this bill would "amend the Michigan Memorial Highway Act to designate a portion of Highway M-63 in Berrien County the 'Harry Gast Parkway.'"

Gast is a former member of the Michigan Legislature. Contrary to the implication of the name "Memorial Highway Act," Gast is still alive as of this writing. However, term limits forced him to retire from the Michigan Senate after 2002. 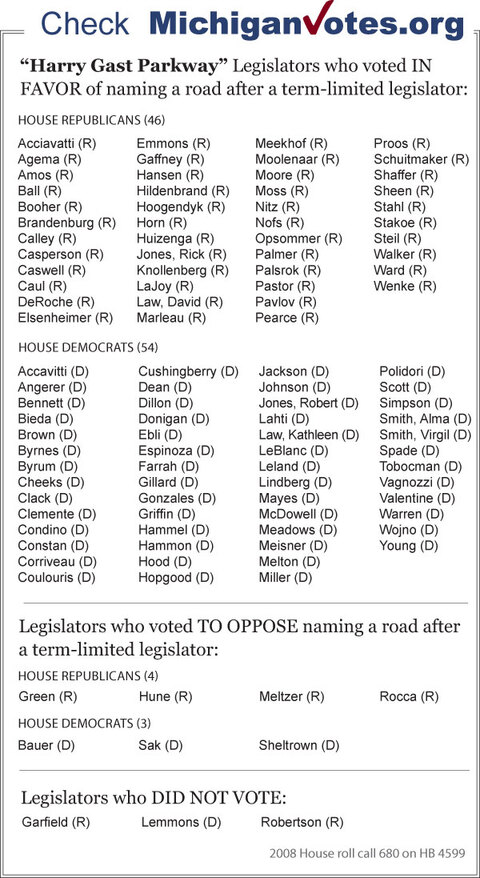 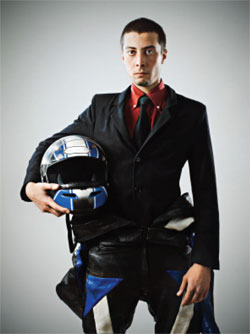 The analysis of the bill prepared by the House Fiscal Agency staff finds that if enacted into law it "would designate the third Wednesday of each July as Ride your Motorcycle to Work Day." 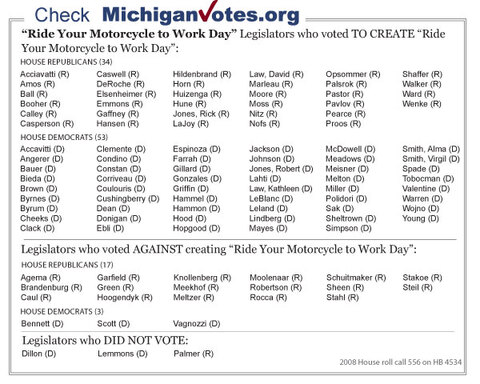 This resolution commemorates "Hidden Michigan" as the official state children's book. On May 15, 2007, the resolution was approved in the Michigan Senate on a vote of 27-11. 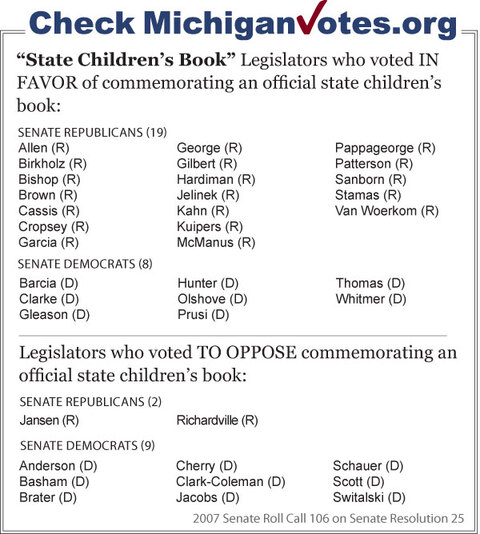 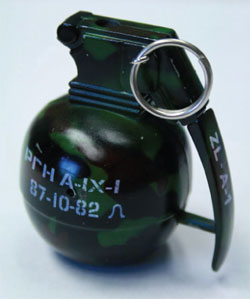 The bill would allow a fine of $500 to be imposed on retailers who sell novelty cigarette lighters. According to one of two memos prepared by the House Fiscal Agency for use by legislators as they deliberated this bill, a "novelty lighter" is defined as one that is "designed to appear to be a toy, features a flashing light, or makes musical sounds." 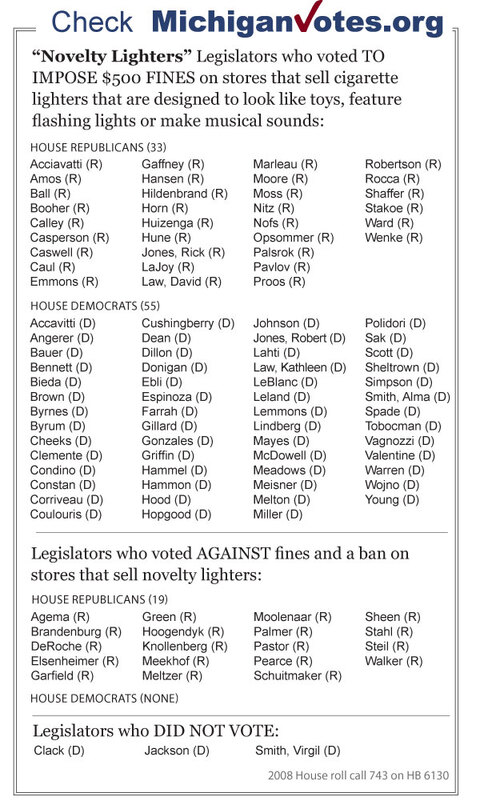