The average state employee compensation package costs approximately $93,039. Inflation-adjusted wages and benefits have increased 25 percent since fiscal 1999. The figures include the value of all benefits from state-paid retirement contributions to dry cleaning allowances. 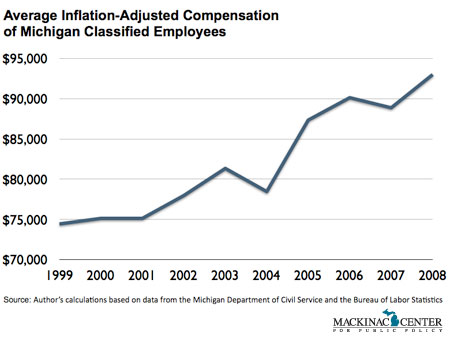 The wages and benefits of Michigan's over 50,000 state employees cost taxpayers $4.7 billion in fiscal 2008. This is up from $3.2 billion in fiscal 1999, despite the state now employing 15 percent fewer workers.

Have gun, will audit: With 87K new IRS agents, how many will be armed?

WEF comes to Michigan, but who will go to Davos?