The proportion of state and local government jobs hit a historic high in the recession and has been coming down slightly since.

Since then, the number of government jobs have been decreasing slightly while private-sector jobs have increased, lowering the proportion to 14.4 percent. 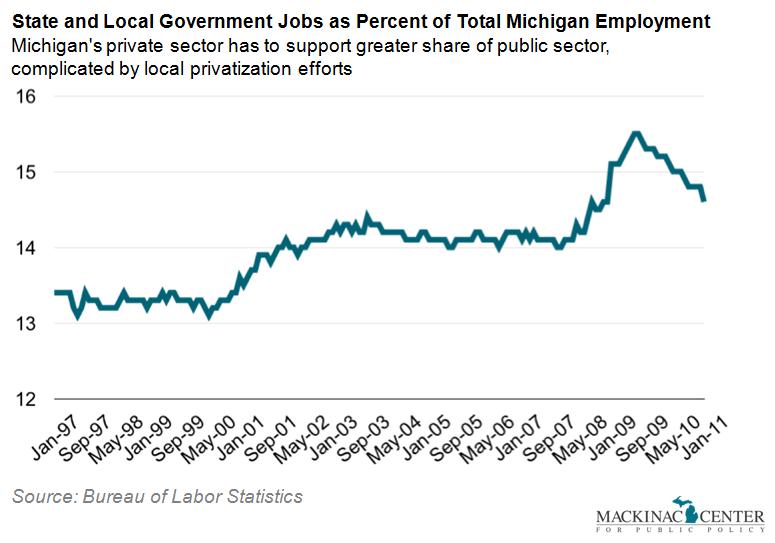 It’s unknown whether the recent downward trend will continue. Even with the steady trend toward service privatization in Michigan’s state and local governments and the gradual recovery of the state’s private-sector, the percentage of the labor force remains at high-levels.

Benefits in Balance: How to Save Michigan $5.7 Billion

Saving $5.7 in Public Employee Benefit Savings - Is it Real?