One in four of the House Republicans who voted for Medicaid expansion were from what could be considered Mid-Michigan.

That count increases when House Republican members from Mid-Michigan who hold leadership positions, such as House Speaker Jase Bolger, R-Marshall, are included.

Rep. Dale Zorn, R-Monroe, also is included in this article. The area Zorn represents is somewhat geographically isolated from a political perspective.

States that support expansion of Medicaid will get hundreds of millions of dollars in upfront money the Obama administration has tied to the expansion and have to take the federal government's word that it will pay up.

The other choice lawmakers could make would be to make it harder for Obamacare to be implemented by opposing the Medicaid expansion. Choosing this course would mean forgoing the federal dollars in the hope that resisting Obamacare's implementation can force those in Washington, D.C., to make positive changes to the law. In addition, there are reasons to suspect the expansion could ultimately present the state with long-term costs that eclipse the shorter-term federal funding.

There is disagreement over a key aspect of how the legislation was drafted. Many who support the measure claim it would only allow the expansion to take place if the Obama administration commits to allowing Michigan to institute various reforms spelled out in the bill. Others, including Mackinac Center for Public Policy, maintain that the original version of bill had such a safeguard, but the version that passed didn’t. House Democrats opposed the original bill, but supported it in its altered form.

Gov. Rick Snyder wants the expansion, as do legislative Democrats. Gov. Snyder has been lobbying Senate Republicans to expand Medicaid and has been critical of them for not quickly voting on the issue before summer recess. Senate Majority Leader Randy Richardville, R-Monroe, has convened a work group to study the bill this summer.

If the Senate makes changes to the bill, it will return to the House for another vote.

Inside Michigan Politics Editor Bill Ballenger said he thinks time could be on the side of House members who voted for the expansion, but only if the bill never gets enacted.

"If the expansion never takes place, I think there will probably be enough time between now and the next election for Republican primary voters to more or less forgive a vote like this one," Ballenger said. "But if the expansion were to happen, I think some of the House Republicans who voted for it could be in trouble."

"Republicans who vote to implement Obamacare will likely become co-owners of the law, held accountable in the future for specific negative consequences it inflicts," McHugh said.

Republican representatives who voted for the bill said they did not think their voting for Medicaid expansion would be viewed as a win for the Obama administration if the bill as passed is enacted.

"When discussing policies impacting Michigan citizens, I focus on the issue at hand and how it affects Michigan as a whole," Rep. O'Brien said. "Whether the president likes a particular viewpoint is not a policy consideration. Debating policy does not include how others around the nation might view the legislature's actions to seriously reform Michigan's Medicaid system.

“Yes, there will likely be those who will choose to associate any consideration of reforming Medicaid as a caving in to and support of Obamacare," Rep. O'Brien continued. "However, we have an obligation to engage with philosophical opposition and support because this discussion is complex, and it is important to have a robust, passionate, and challenging debate."

Rep. O’Brien said she weighed the consequences of her vote.

"Voting 'no' might contribute to the accelerated demise of Obamacare . . . but this is far from a sure thing, especially as Michigan tax dollars would subsidize other states health care," she said. "However, voting 'no' would definitely have resulted in many negative consequences for Michigan. It would have ignored hardworking taxpayers with low incomes and missed an opportunity to secure real reforms in a system in much need of improvement for the taxpayers who support it.

"Simplifying this issue into a verdict regarding President Obama's health care plan ignores the challenges of increasing health care costs, the highly regulated health care system and the hardworking families without health insurance," she said.

Rep. O'Brien represents House District 61, which is located in part (Portage and Texas Township) of Kalamazoo County. She is serving her second term in the House. The 61st House District has a 54.2 percent Republican base. 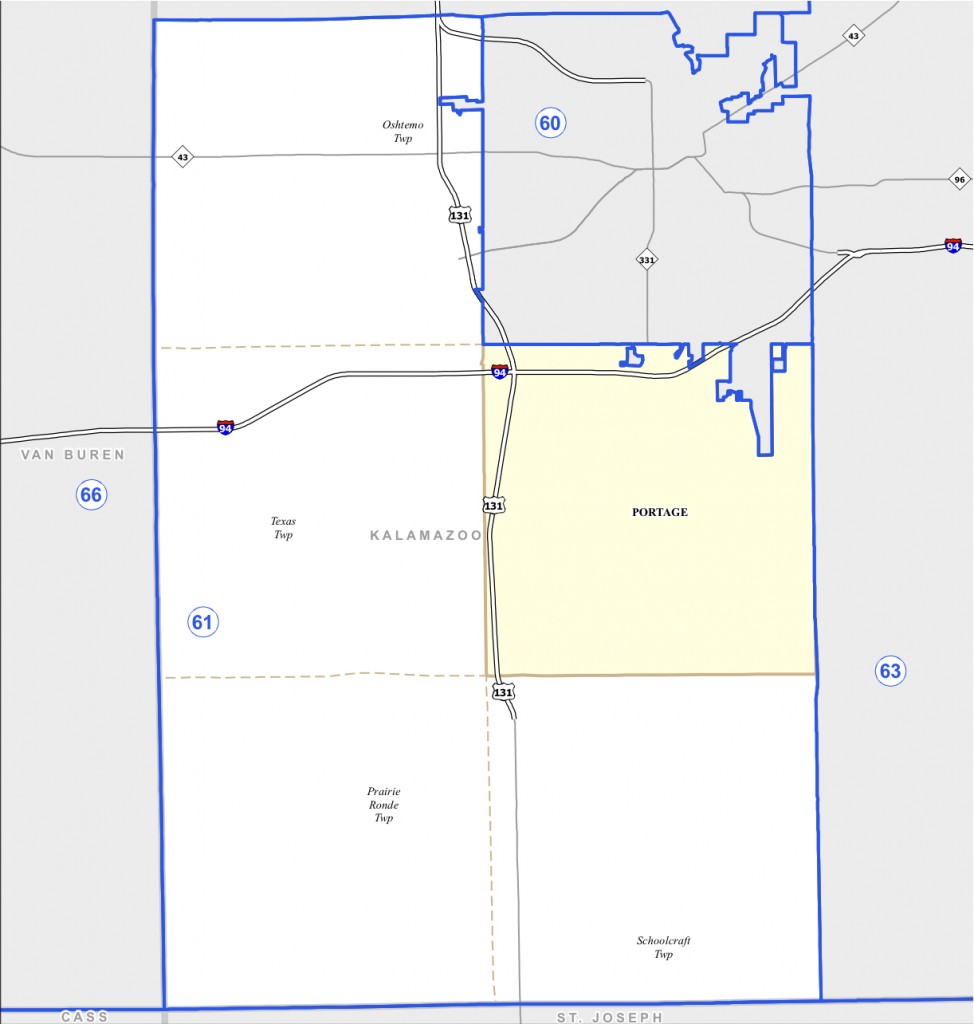 "I detest Obamacare and believe it should never have been passed," said Rep Rogers. "That said, it is the law of the land and I think the House took the bull by the horns and pushed through Michigan reforms to Medicaid that are needed.

"This was about what we do in this state regarding Medicaid, not Obamacare," Rep. Rogers continued. "In my view, the way the bill is written, if the federal government doesn't go along with the reforms, we haven't tied ourselves to anything."

Rep. Rogers represents House District 42, which is located primarily in Livingston County (Brighton and Hamburg Township) with a portion in Oakland County. He is serving his third and final House term. The 42nd House District has a 63 percent Republican base. 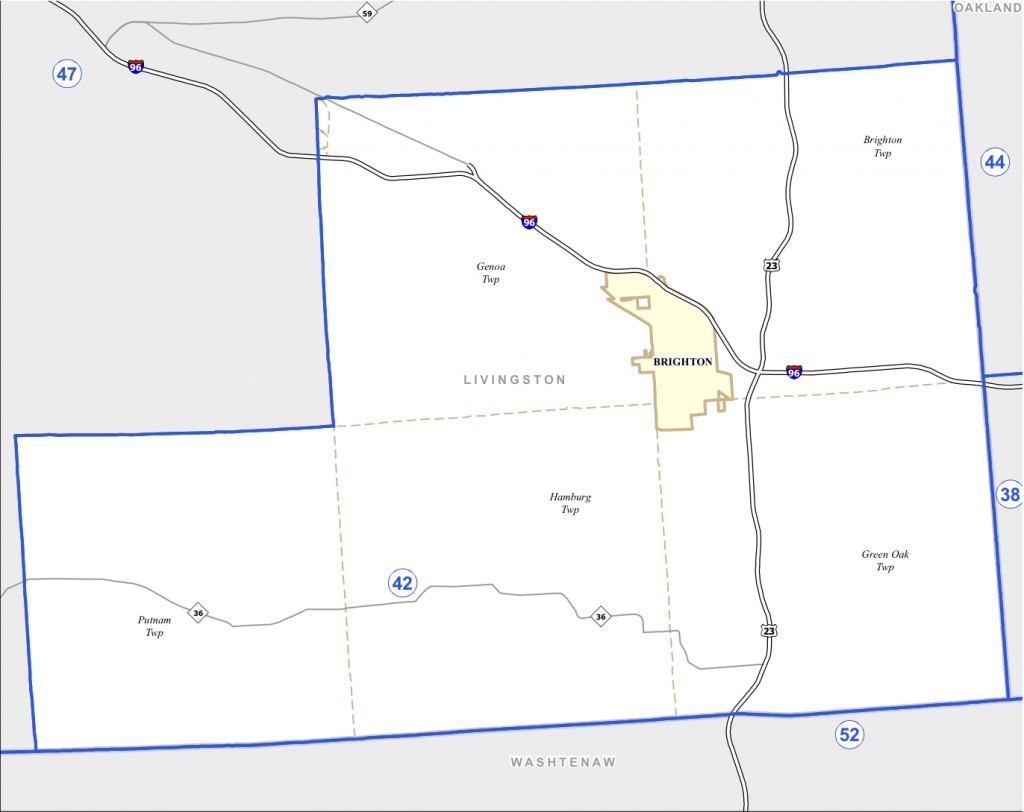 "I was not elected to be concerned about how people around the country might view how we choose to act in Michigan." Rep. Shirkey said. "In my opinion, based on serious analysis, it is clear that Obamacare and Medicaid are two separate issues, especially after the Supreme Court's ruling. As a leading advocate preventing a state-run exchange, I remain a very vocal opponent of Obamacare. It is wreaking havoc and destruction throughout our country.

"While voting 'no' on Medicaid reform and expansion could contribute to the accelerated demise of Obamacare — with the emphasis on could — the negative consequences associated with voting 'no' on the other hand are very evident," Rep. Shirkey said. "It is clear that this presents an opportunity to secure real, measurable reforms for taxpayers in a system where they are much needed."

Rep. Shirkey represents the House District 65, which is located in parts of Eaton County (Eaton Rapids and Hamlin), Jackson County (Blackman Township and Grass Lake) and Lenawee County (Cambridge). He is serving his second term in the House. The 65th House District has a 54.5 percent Republican base. 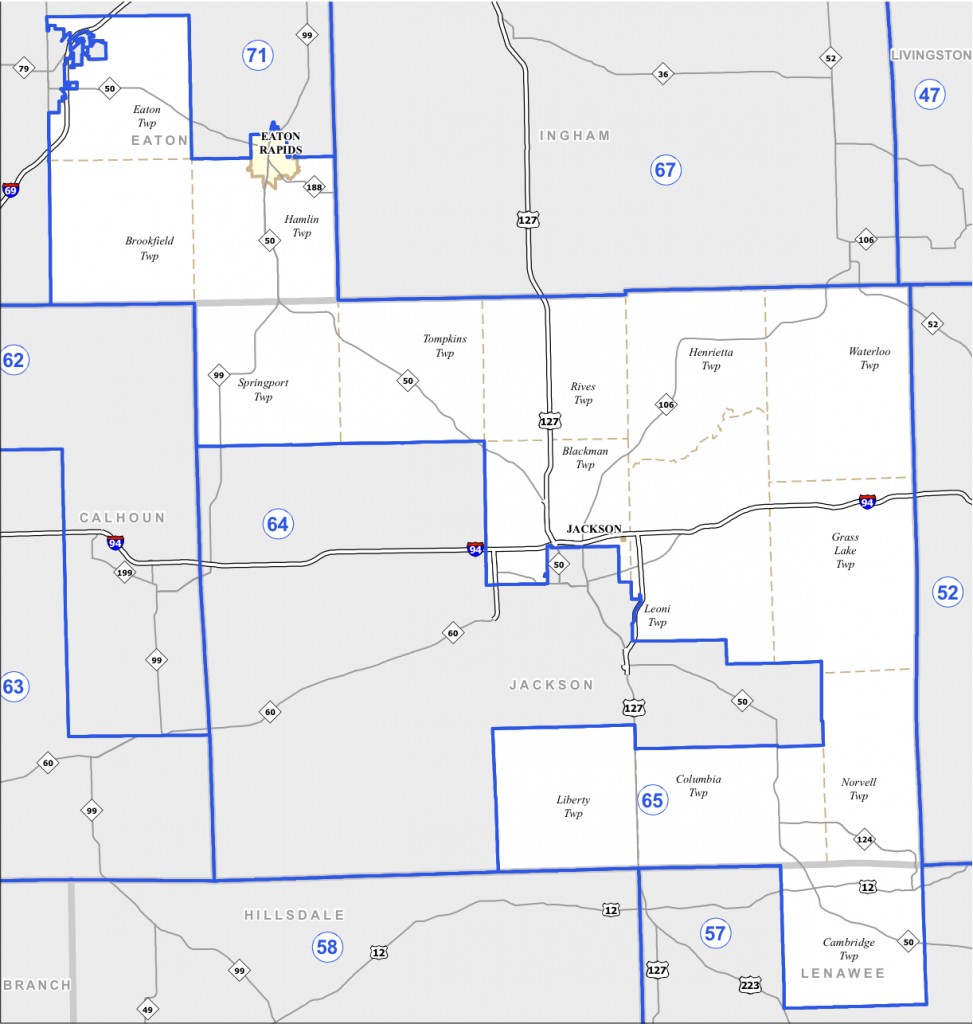 "Though I do not, in any means, support the national health care act, I do support the reforms that the Michigan House enacted, such as the 48-month limit for adults and the co-pay that adults would be responsible for after the 48 months," Rep. Zorn said. "The reforms will, in time, lower the overall cost of Medicaid. The bigger picture is if the federal government, on down the road, eliminates Medicare and forces Medicare clients into the Medicaid system."

Rep. Zorn represents House District 56, which located in Monroe, by the Ohio border. He is serving his 2nd House term. The 56th House District has a 51.1 percent Republican base.

Rep. Callton represents House District 87, which is located in Barry County and part (Ionia, Lyons and Portland) of Ionia County. He was first elected in 2010. The 87th House District has a 61.8 Republican base. 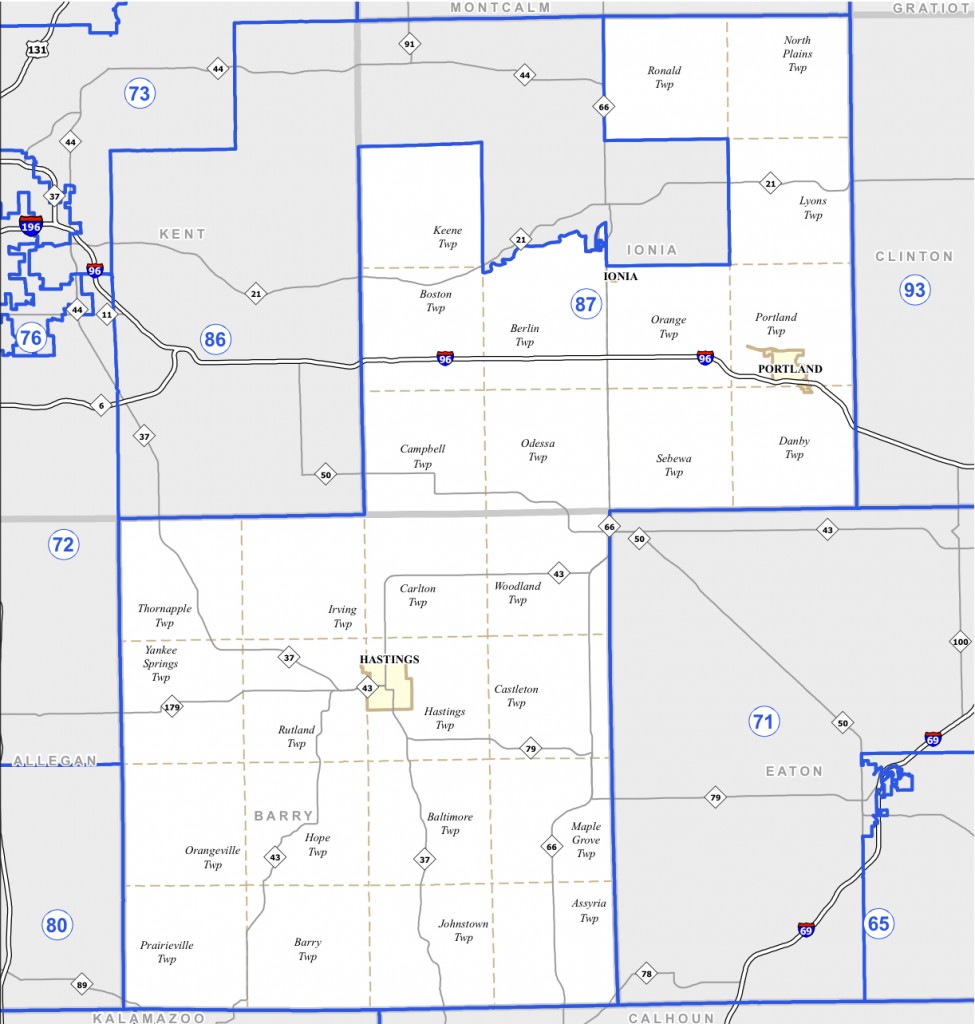 Rep. Denby represents House District 47, which is located in part (Howell, Fenton and Hartland) of Livingston County. She is serving her third and final term in the House. The 47th House District has a 64.1 percent Republican base. 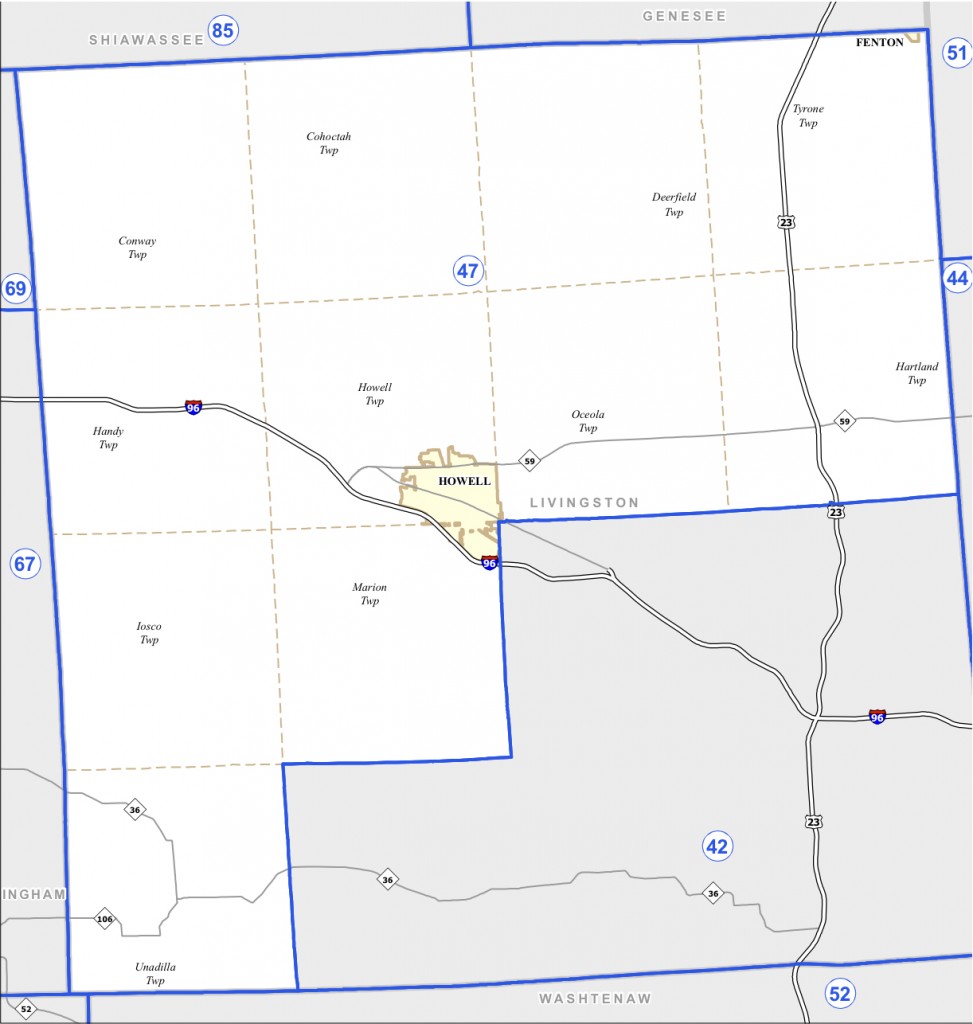 Rep. Glardon represents House District 85, which is located in part (Fremont and Marion) of Saginaw County and part (Owosso and Perry) of Shiawassee County. Rep. Glardon is serving his second term in the House. He was first elected in 2010. The 65th House District has a 51.4 percent Republican base. 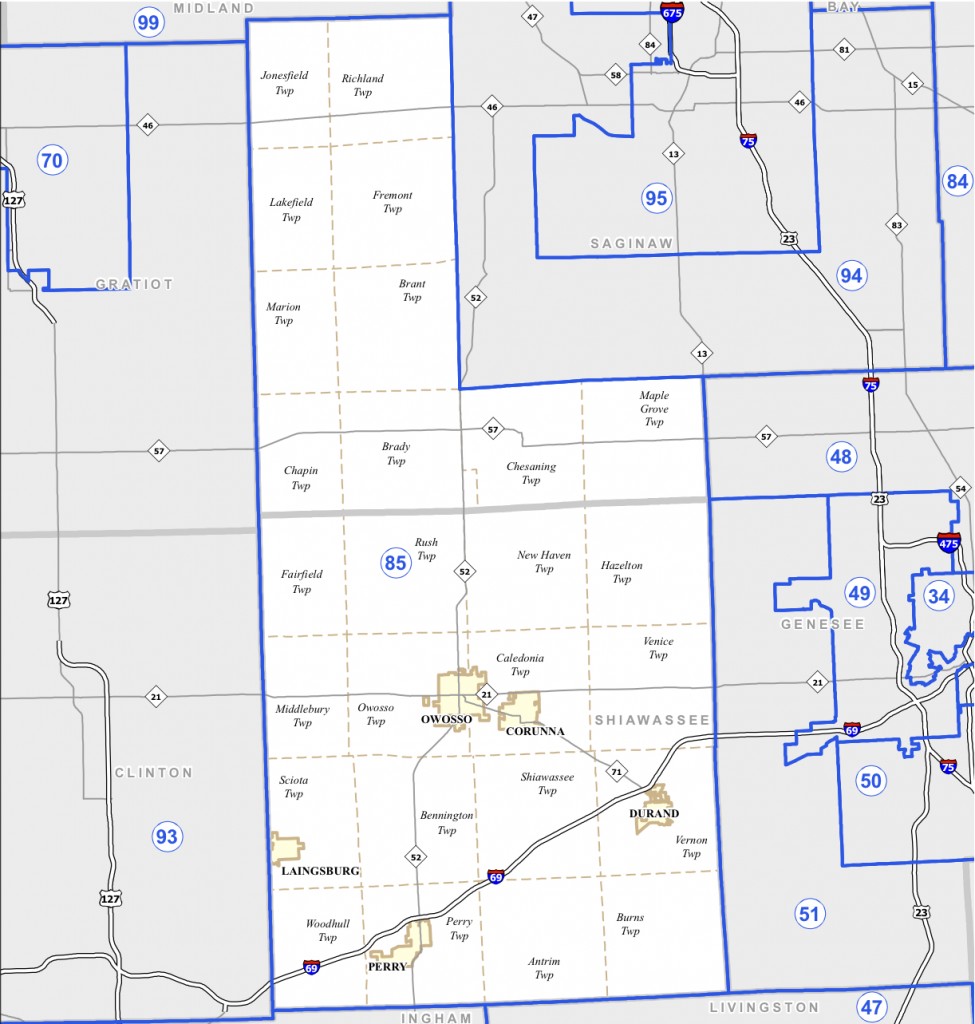 Rep. Poleski represents House District 64, which is located in part (portion of Jackson, Spring Arbor, Parma and Summit) of Jackson County. He is serving his second term in the House. Rep. Poleski was first elected in 2010. The 64th House District has a 52.6 percent Republican base. 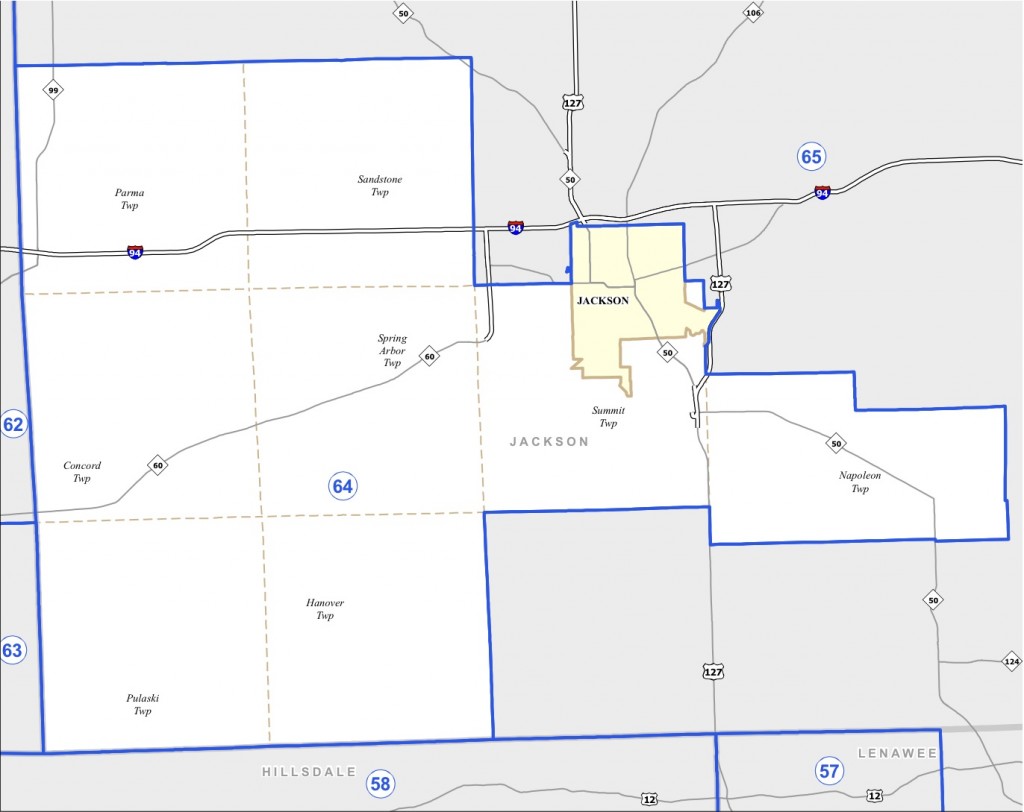