The report card uses state high school MME and ACT scores and adjusts for student poverty level. The top 10 high schools in Michigan are below: 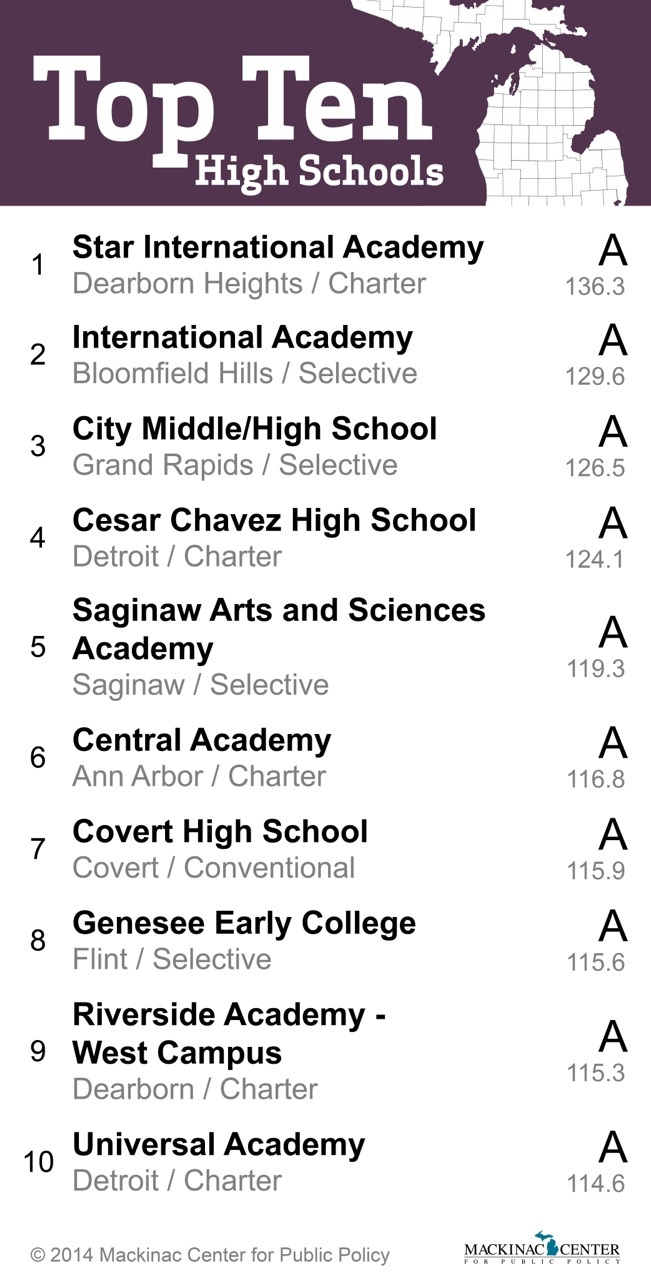 This shouldn't come as a surprise – Star International was No. 1 on the Center's 2012 high school report card, too.

Nada Najar, a parent, told the Mackinac Center in 2012 that she values the school's curriculum and diversity. "These are two things I didn't find in (conventional) public schools or private schools."

Najar also said Star International teachers and staff develop a personal relationship with students and their families. "You come to the office, and you say your child's name, and they know exactly who that child is," Najar said.

Manal Makki, a student at Star International, told the Center that "the teachers, if you [need] anything, they're always willing to have a one-on-one relationship with you."

"Our number one goal is quality, more than quantity," Nawal Hamadeh, founder and CEO of HES told the Mackinac Center. Hamadeh emphasized the importance of professional development. "Based on the standards, based on the data that is provided on assessments ... having quality staff who are dedicated is not enough," she said. "You need to provide them with the support and the mechanisms to succeed at their job."

Here is a video showing interviews with parents, teachers and administrators in 2012.