The U.S. national debt has increased every year this century and is approaching $20 trillion, nearly four times what it was in 2000. It has also grown relative to the national economy. While it was an amount equal to 55 percent of the nation’s gross domestic product in 2000, it reached 101 percent of GDP in 2015.

While most Americans are unaware of the escalating debt, some economists warn that citizens will eventually feel the consequences.

“No one is upset about it because the consequences haven’t been felt yet,” said Chris Douglas, the chair of the department of economics at the University of Michigan-Flint. “Eventually, taxes will have to be increased to pay off the debt (deficit spending just means future taxes) or spending will have to be substantially cut, especially popular spending such as Social Security or Medicare, since that is where the real spending is taking place.”

“There may not be a substantial current cost to the debt, but the future costs can be very severe,” said Douglas, who is on the Mackinac Center for Public Policy’s Board of Scholars.

Antony Davies, an associate professor of economics at Duquesne University, compared the national debt to a household’s credit card balance.

“While it would be nice not to have a big balance on your credit card, what really matters is whether you can afford the minimum monthly payments,” Davies said in an email. “Those minimum monthly payments - called debt service - are analogous to the interest on the national debt. The federal government currently pays about 2.5 percent interest on its debt. At that rate, the interest on $20 trillion is $500 billion annually. And this is where the real problems of the national debt arise.”

The Congressional Budget Office projects a $534 billion deficit for the 2016 fiscal year or a $100 billion increase from 2015. 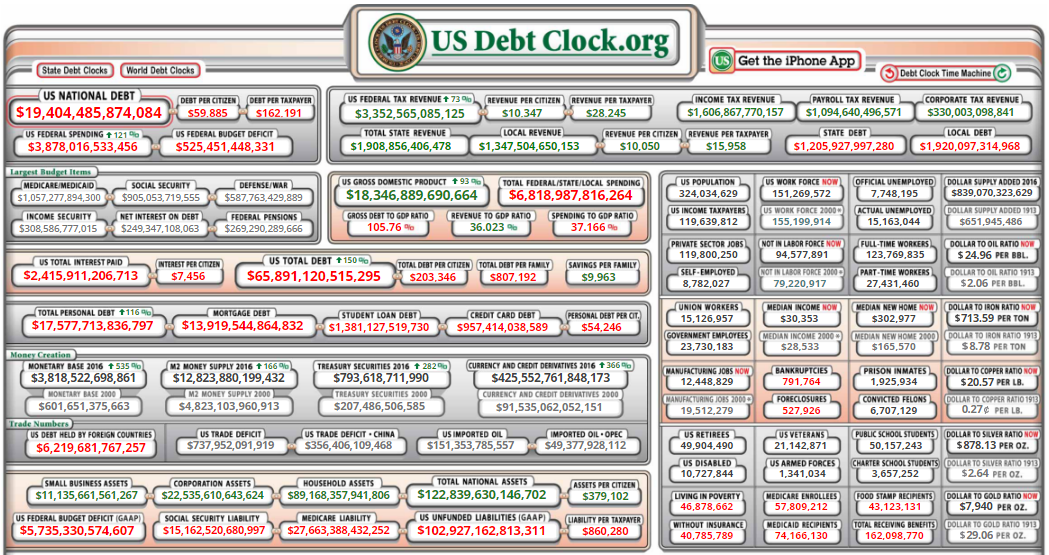