Ballard made his comments in a May 19 Detroit Free Press story.

“But after decades of state general fund and other revenues not keeping pace with inflation, and cuts to certain programs, it is not like there are not billions of dollars in needs for the state to address, from ‘fixing the damn roads’ to making sure all Michigan K-12 students can learn in modern and well-equipped classrooms,” Ballard said.

Ballard didn’t specify which taxes or time period he was referring to. But over the past 10 years, the number of state taxpayer and other dollars flowing through Michigan’s state government has grown.

According to the Michigan Senate Fiscal Agency, the overall state budget (including local, state and federal dollars) has increased from $45.7 billion in 2009-10 to $67.2 billion in 2019-20. After adjusting for inflation, this is the equivalent of the state spending $13 billion more last year than it did just 10 years ago.

The amount of tax dollars collected by the state itself, not including federal dollars, has also increased above the rate of inflation over the past decade, according to James Hohman, an analyst at the Mackinac Center for Public Policy.

Michigan collected $25.2 billion from state taxes and fees in 2009-10. The amount collected in 2019-20 was $33.0 billion, which even after adjusting for inflation is a $3 billion increase over 10 years ago, despite the COVID pandemic. 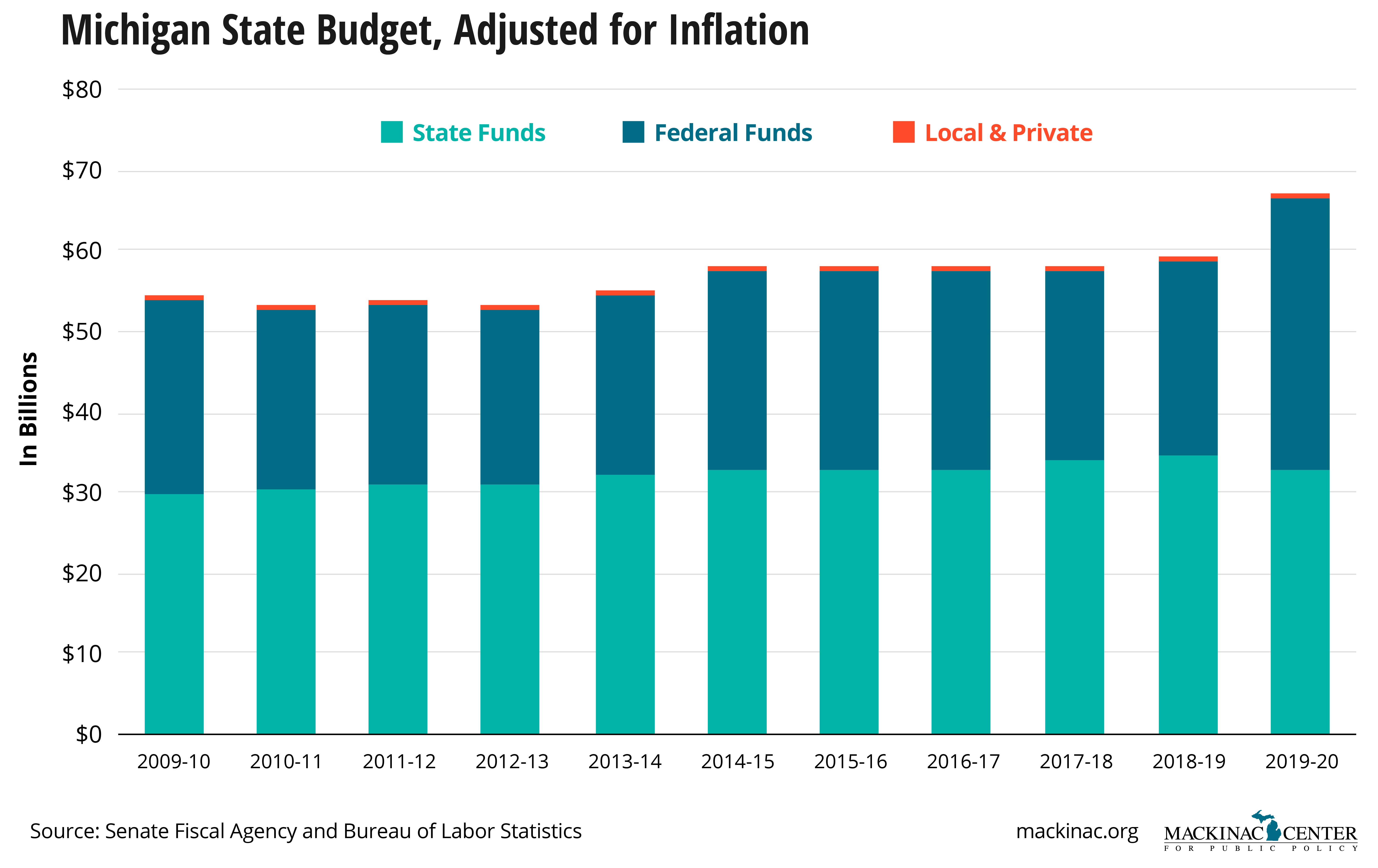