If Democratic Gov. Gretchen Whitmer’s proposal to increase the gas tax by 45 cents per gallon were approved, Michigan would have the highest state tax in the country.

That’s according to the American Petroleum Institute’s most recent national survey of state fuel taxes.

“Michigan already has the highest gas taxes in the region and would double the rest of the region if the governor's proposal were enacted,” says James Hohman, a fiscal analyst for the Mackinac Center for Public Policy. 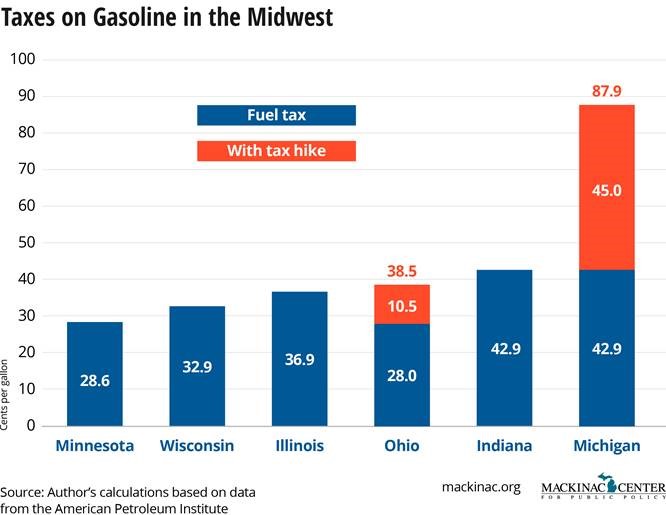