New data released by the Michigan Department of Education shows that the average public school teacher salary in Michigan increased slightly for the 2011-2012 school year to $62,631.

Below are the 20 districts (with more than 100 pupils) that had the highest average teacher salaries in the state: 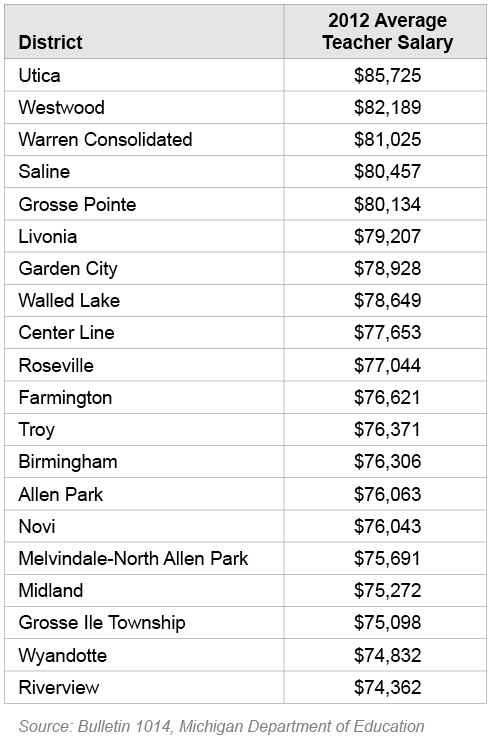 [1] This figure is made of data from only about 15 percent of charter schools. Most charters contract with educational management companies that hire and pay their teachers, and these charters do not report spending money directly on teacher salaries.